A Poulsbo police officer was charged Wednesday with theft and felony drug possession after she confessed to repeatedly taking narcotics left in city hall's prescription drug take-back box, according to court documents. 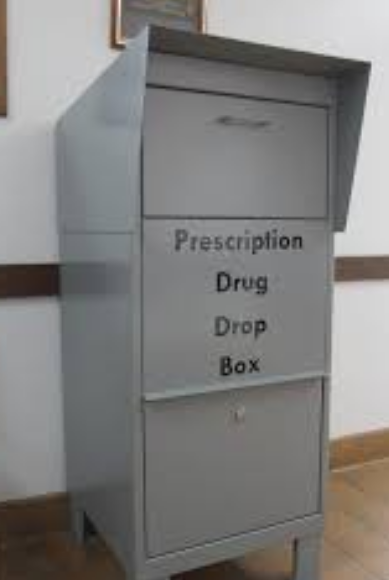 Stacey Lee Smaaladen, 49, of Poulsbo, told Bremerton police investigators she took the drugs to supplement her own legally prescribed medications, which she took for pain from injuries, including back surgery. She joined the department in 1995.

In the interview, Smaaladen agreed that taking the drugs amounted to theft.

A search of her bag found morphine, tramadol (both of which are narcotic painkillers) and several other prescription pills that had not been prescribed to her, according to court documents.

Smaaladen gave a testimonial for the Bothell clinic where she received her back surgery, which was posted in September. In it, she describes the frustration of not being able to go on calls with her fellow officers because of her severe back pain but said her recovery from the surgery allowed her to resume duty and ride horses.

"When I had the sheet of paper ... that signed me off to come back to full duty and gave that to my deputy chief – that was really good," Smaaladen said, according to the Spine Institute Northwest website.

The thefts came to light in October when a city employee reviewed surveillance footage and saw Smaaladen in the lobby at city hall, after business hours, and believed her activity was suspicious, according to charging documents.

The employee reviewed footage from other days and found Smaaladen at the drop box almost every night, sometimes in uniform, sometimes in plain clothes. On one occasion she had brought her dog with her, according to documents.

After reviewing several days of video, the employee reported the observations to Police Chief Dan Schoonmaker, who contacted Bremerton Police and requested a criminal investigation.

"Smaaladen acknowledged several times during the interview that she knew it was wrong and that she felt guilty," an investigator wrote. "She said she was trying to 'wean' herself off of the medications and was working with her doctor to do so as well."

Schoonmaker said such conduct could not be tolerated but said he and Smaaladen's coworkers would support her as her case went through the criminal justice system. He described her as an "otherwise exceptional police officer."

She was placed on administrative leave Nov. 3. Any disciplinary action would take place after the criminal case and an internal investigation.

"These are certainly things we can't tolerate as a police department, we can't just overlook them, that's why we asked an outside agency to come in and investigate," Schoonmaker said. "From a human standpoint, we are going to rally around her and support her and hope that she can get through this journey that she is on. It's certainly not easy. It's not easy for anybody here, and it's not easy for Stacey."

Reports do not indicate if Smaaladen's injuries were sustained in the line of duty. Schoonmaker said he could not comment on her case but said the work police officers do often can lead to injury, and those injuries are not always immediately reported.

"I would say the majority of cops just end up dealing with a lot of pain," he said.

Smaaladen was charged with possession of a controlled substance, morphine and third-degree theft. She was summoned to appear in Kitsap County Superior Court on March 21.