Dookhan's prolific fakery resulted in a list of 40,000 cases possibly tainted by her work. 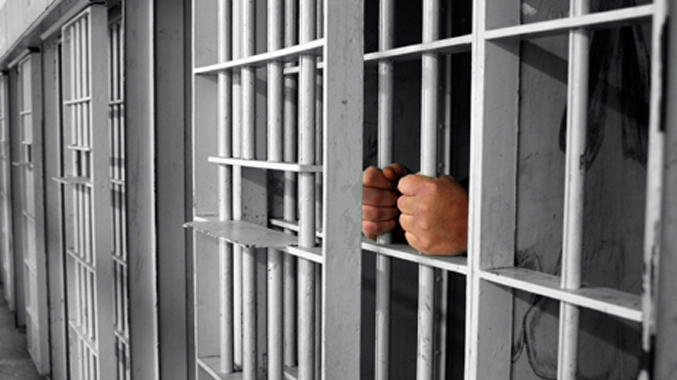 Back in 2012, it was discovered that a Massachusetts state drug lab technician had falsified thousands of tests submitted as evidence in criminal cases. Technician Annie Dookhan was able to "produce" three times as many test results as her coworkers, mostly by never actually testing the submitted substance -- something that went unquestioned for far too long. Dookhan went to jail for three years, but many of those convicted on faulty evidence spent far more time locked up.

Dookhan's prolific fakery resulted in a list of 40,000 cases possibly tainted by her work. This list was turned over to prosecutors, who managed over the next few years to trim it down to 23,000 possibly-tainted convictions. Faced with the daunting task of sorting this all out and notifying former defendants, the district attorney's office decided the best approach was to do as little as possible.

First, with an unbelievable amount of hubris, it argued that those who had already served time for bogus convictions likely didn't care whether or not they'd been exonerated post facto. It can't be that the prosecutor's office doesn't know drug convictions keep people unemployed/underemployed and/or car-less/homeless. It appears the office simply has no empathy for those it's helped convict.

Then it did as little as it could to inform those who had been possibly wrongfully convicted. It sent out poorly-targeted mass mailings that looked like government junk mail, rather than the life-changing exonerations they possibly were. No research was performed to ensure current addresses were used and the letter itself didn't inform recipients of their legal rights and remedies.

A court finally stepped in and ordered the DA's office to come up with a plan of adequately addressing this backlog of 21,000 possibly-wrongful convictions. These plans would have to be approved by the court, which obviously felt the DA's office would mount another half-hearted effort without direct supervision.

Faced with having to lift a few fingers to locate and inform citizens of their rights, remedies, and their chance to un-fuck their lives, the DA's office has opted again to do as little as possible. However, in this case, the minimum of effort is probably the course of action it should have taken in the first place.

On April 18, nearly five years after Dookhan's confession, prosecutors submitted lists of about 21,587 tainted cases with flawed convictions that they have agreed to overturn. The state's highest court must still formally dismiss the convictions.
Once that happens, many of the cleared defendants will be freed from the collateral consequences that can result from drug convictions, including loss of access to government benefits, public housing, driver's licenses and federal financial aid for college. Convicted green card holders can also become eligible for deportation, and employers might deny someone a job due to a drug conviction on their record.

The very small number of cases the state isn't dismissing -- 320 of them, according to prosecutors -- shows how heavily the state relies on drug lab evidence to secure convictions. These cases are ones prosecutors feel would still hold up in court even without drug lab evidence. Possibly there are other cases with similarly strong evidence once Dookhan's fakery has been excised, but the DA's office has had zero desire to reexamine most of the 23,000 cases Dookhan's work affected.

Odds are, there are a great many people who wrongfully served more jail time than Dookhan rightfully did. The fallout from this is going to cost Massachusetts taxpayers a whole lot of money. Not only did they pay Dookhan to not perform her duties for several years, but they'll be on the hook for the inevitable lawsuits this mass exoneration will produce