A Provo man was arrested Wednesday after reportedly breaking into the Provo police station to take a bike. 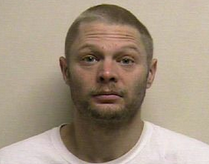 A Provo man was arrested Wednesday after reportedly breaking into the Provo police station to take a bike.

David Snow, 37, was arrested on suspicion of one third-degree burglary and two summons for misdemeanor theft charges, according to a police report.

On Dec. 18, Snow's brother had been to the police station to try and get a bike back that belonged to Snow, the report states.

However, he was told he would have to file a police report before the department could release it, police reported. A report was not filed.

Sometime between 5 p.m. on Dec. 18 and 7 a.m. on Dec. 19, Snow entered a secure section of the station and removed the bike, according to the report.

His brother had seen where the bike was stored after it had been removed and put back during his visit to the station, the report states.

Snow's brother had reportedly been telling people they had "pulled off the crime of the century and broken into the Police Department," police reported.

The bike was located at Snow's grandmother's home, according to the report. Snow told officers he had gotten the bike back after he had seen someone riding it and had taken the bike back.

Shelby Slade is a reporter for the Daily Herald who covers crime and the southern part of Utah County.