She's called at least 10 times, only to be told there is a backlog and it's in process. 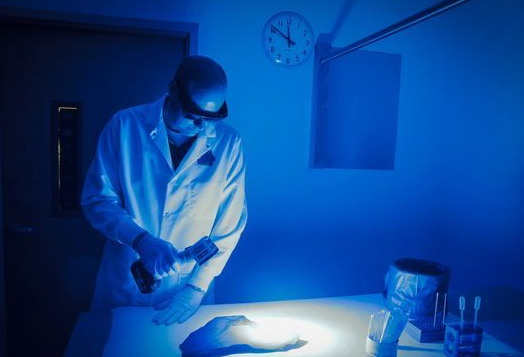 n late February, 42-year-old Gina Battani told her local police she was sexually assaulted by someone she knew.

But nearly seven months later, analysis of the evidence collected from her case has not been completed by the state crime lab — while the man she has accused walks free.

She's called at least 10 times, only to be told there is a backlog and it's in process.

"I've been told to be patient," said Battani, who lives in central Iowa.

"I have felt so insignificant — that I didn't matter."

Battani is far from alone. Frustrated rape victims are waiting months — or sometimes even more than a year — for Iowa's overwhelmed crime lab to process DNA evidence that is crucial to their cases, allowing their suspected attackers to avoid arrest.

Iowa, already trying to resolve a backlog of more than 4,000 untested rape evidence kits dating back to the 1990s, finds its state crime lab buried by new requests for evidence testing.

At the same time, the lab is wrestling with a stagnant budget and potential cuts that prevent it from filling vacant positions or adding new ones.

"The worst part is the difficulty it causes for crime victims," Marshalltown Police Chief Michael Tupper said. "They are waiting for a resolution to the case."

Officials at the state lab confirmed that they are processing a sexual-assault evidence kit submitted in a case tied to Battani, who agreed to have her name published for this story. The Register does not typically identify victims of sexual assaults without their consent.

However, officials said they could not provide additional details.

"I think it's unfair for sexual assault or violent crime victims to have to wait for processing of their evidence," said Kerri True-Funk, associate director of the Iowa Coalition Against Sexual Assault, adding victims are often counseled to be patient.

"But we know the DCI doesn't have the resources they need to expedite handling or processing evidence from any type of crime, not just sexual assaults."

At the end of August, the state crime lab had 405 DNA sexual assault case assignments waiting to be processed, lab information provided to The Des Moines Register shows.

Nearly two-thirds of them had been at the lab at least 90 days.

The U.S. Justice Department's National Institute of Justice defines DNA backlogged cases as those in which an analysis hasn't been completed within 30 days.

In the past two years, the Iowa crime lab has actually shortened by a month its average processing time of DNA evidence from new sexual assault cases, to 5½ months, a Register review found.

But officials worry that number will creep up as the backlog grows.

Already, law enforcement agencies tell the Register it sometimes takes nine months or longer to get back results from sexual assault evidence kits.

"Judges expect it," said Bruce Reeve, administrator of Iowa's Criminalistics Laboratory in Ankeny. "Juries expect it. Because of that, we're getting more requests and our backlog is getting larger."

Requests to analyze forensic evidence in all types of cases, including sexual assaults, have increased 37 percent, with 20,083 evidence requests in the fiscal year that ended June 30, compared with 14,701 four years earlier.

But even with an instituted cap on the amount of evidence per case the lab will test, DNA analysis requests for sexual assaults, homicides, robberies and other crimes continue to mount.

In addition, cases such as homicides take precedence, stalling analysis of evidence in lower-priority cases, including sexual assaults, officials said.

Delays can take a toll on victims.

"Moving things along helps victims deal with what happened to them and gets them into a healthy place again," said Sgt. Paul Parizek, Des Moines police spokesman.

A national spotlight has focused for more than a decade on the tens of thousands of rape evidence kits across the U.S. that were never sent by law enforcement agencies to laboratories to be tested.

The untested kits, for the most part, were held in storage for years by local agencies for a variety of reasons, including uncooperative victims and prosecutors not requesting analysis.

owa is addressing its backlog — a survey found 4,265 untested rape evidence kits held by local law enforcement agencies — by arranging for a private lab to begin processing the untested kits.

But Iowa hasn't taken similar steps to shrink the rising backlog of current sexual assault evidence kits that is threatening to overwhelm its state crime lab.

And while at least 10 states have established turnaround times for labs to analyze rape kits, Iowa is not among them, according to the U.S. Justice Department's National Institute of Justice.

Officials with the Iowa Attorney General's Office said they doubt the state will move toward establishing timetables for processing sexual assault evidence kits.

"We don't want to set up any part of this system to fail or to simply have unfunded mandates," said Robert Hamill, an administrator with the Attorney General's Office.

"With the right resources in place and efficiencies in place, labs can be set up so they can get that turnaround time down," said Ilse Knecht, policy and advocacy director for Joyful Heart, which was begun in 2004 by actress Mariska Hargitay, who plays Olivia Benson on the television series "Law & Order: Special Victims Unit."

"These kits are not just boxes," Knecht said. "They represent a survivor — a person who has gone through something very traumatic, very personal. They go through these exams with the intention that evidence that is collected will be used in a criminal case.

"It's difficult for these survivors to sit and wait for answers."

'That's a long time to wait'

While the state crime lab is authorized to have 58 workers, five positions are unfilled, including two criminalists and two forensic science technicians. Reeve said money allocated for the technicians' positions is being used to buy supplies.

The staff openings, coupled with people taking time off, has made it difficult to keep up with processing DNA evidence, Reeve said.

And he said it's unlikely more positions will be added.

The crime lab's $6.4 million budget has stayed essentially the same since the fiscal year that ended June 30, 2014.

And Reeve said he anticipates a budget cut this fall because of the state's revenue shortfall, although the amount is unclear.

If the budget cut is steep, Reeve said it's likely the lab will need to implement policies that will limit the type of evidence it processes.

That could mean putting a more strict cap on the pieces of evidence tested or limiting the amount of testing done for property crimes, which make up 45 percent of tests conducted by the DNA section of the lab.

Both moves would allow lab workers to focus more on crimes against people, including sexual assault, robbery and homicides, Reeve said.

"That's a long time to wait from a public safety standpoint and from a justice standpoint," she said.

Delays of a year or more are not unusual, a spot check by the Register found.

The Marshalltown Police Department submitted a rape kit to the state crime lab in April 2016 and got the results back in May 2017, data showed.

The department is still waiting for results from a kit it submitted to the lab in June 2016, officials said.

"I'm not laying blame on the DCI lab," said Tupper, Marshalltown's police chief. "We frequently talk about the importance of public safety and wanting to do right by crime victims. … The lab simply needs more resources."

The Cedar Rapids Police Department sent a sexual assault evidence kit to the state crime lab for analysis on Oct. 16, 2016.

The department has not received results from the analysis, although the case remains under investigation, information provided The Des Moines Register shows.

Results from eight other rape kits submitted to the lab in 2016 were provided to Cedar Rapids police within one to nine months, department information shows.

Since January 2015, Cedar Rapids police have submitted 19 rape kits to the crime lab, department information shows. In eight of the cases, charges were filed, including, homicide and sexual assault.

No charges were filed in nine cases and two others are still under investigation.

Tweet
How do you feel about this post?
Happy (0)
Love (0)
Surprised (0)
Sad (0)
Angry (0)
Tags:
altered evidence assault  kits Chain of Custody Big Three:
State Police Seize $1 Million Worth Of Fentanyl Du...
Mold in Scituate police station could force tempor...
Comment for this post has been locked by admin.