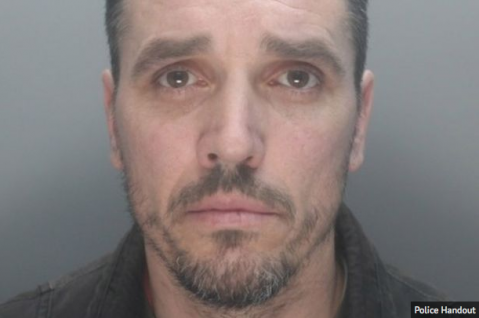 Christopher Parsons, 41, spent 13 years in an American jail after he raped a woman.

When the British-born sex attacker returned to the UK, magistrates ordered him to register as a sex offender but no DNA sample was taken.

This meant that when he dragged a 16-year-old girl into bushes in a park, swabs taken from her wounds were not matched to him.

Because of the blunder he was free to rape a 52-year-old woman like a "rag doll" several months later.

Speaking after Parsons was jailed for life the teenage girl's mum said: "If his DNA had been taken it would not have stopped the attacker on my daughter.

"But the other poor woman would not have been attacked and he would have been caught six months earlier."

Judge Andrew Bright QC highlighted the bravery of the teenager and recommended her for a £500 award.

He said: "I want to praise the courage and fortitude of this 16 year old girl. He was very much stronger and heavier than her. She fought like a tigress.

"She fought him off and did so in a way that caused an injury to his knee that would tie in with the DNA later recovered.

"I would like her to know I am filled with admiration for the way she behaved that night."

Parsons returned to the UK from jail in California in March 2013 having been convicted in Sacramento in 2000.

Magistrates at Uxbridge ordered him to register as a sex offender for life but no DNA sample was taken.

Last June, Parsons launched a terrifying night-time attack on the teenager just moments after she left friends in a park.

He dragged her into a hedge and said he would kill her if she didn't stop struggling and take her knickers off.

But she screamed "I'm being raped" and after he fled police obtained a DNA sample from a scratch to her neck.

In December last year Parsons raped the woman, who knew him as a friend, after turning up drunk at her home.

Following his arrest on this offence police used DNA evidence to link him to the earlier attack.

In her victim impact statement the rape victim said: "I cannot forget the way that he looked at me, his face just a few inches form mine, his evil smirk, his evil eyes staring at my tears whilst refusing to end the assault on me.

"His behaviour has left me with a life sentence as I continue to recall exactly what he said to me that night and his callous actions..

"I feel he is capable of hurting women, he enjoys sex by force and he might end up robbing a woman of her life."

His teenage victim added: "If I am walking on my own I start to hear footsteps - this is due to the fact that I remember hearing footsteps immediately before I was attacked.

"I worry about how this is going to affect me in the future as I don't now if I could have an intimate relationship as I do not think I could ever trust a man."

Parsons, of Hertford, claimed his DNA was left on the teenager after he bumped into her in the street and said the sex with the woman was consensual.

But he was convicted of both offences and jailed for life for a minimum of 10 years at St Albans Crown Court.

Judge Bright told him: "You are a violent manipulative man who poses a serious danger to women. It is difficult to overstate the level of danger you pose and girls."

Hertfordshire police confirmed the police have the power to take the DNA of a person who registers as a sex offender after being convicted abroad.

A spokeswoman said: "After his arrest for rape in December 2015 his DNA was taken, checked and matched to the DNA taken for the offence in June.

"Since that time Hertfordshire Constabulary has reviewed all DNA records for Registered Sex Offenders to ensure we have samples from each, whether they were convicted in the UK or not."

After four decades, suspect arrested in murder of ...
Ohio Attorney General Issues Sexual Assault Kit Te...
Comment for this post has been locked by admin.