King, however, focused on showing the jury there were more than 40 people who had access to the MS post after hours and at least 12 people had keys to the evidence room. He also said there was nothing that would deter that evidence room key from being copied at any business where keys could be made. 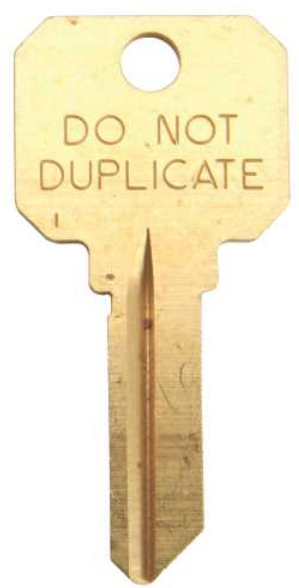 CADILLAC — It only took a jury of 12 people a little less than two hours to find what defense attorney Stephen King claimed they would do at the beginning of the four-day embezzlement trial of retired Michigan State Police Sgt. Malcolm Irwin.

King started his opening statements Tuesday by saying, "Malcolm Irwin did not take the money." On Friday afternoon, the jury of Irwin's peers came back with two not guilty pleas on both embezzlement charges which included embezzlement by a public official over $50 and embezzlement by an agent or trustee of $1,000 or more but less than $20,000.

The jury, however, did find Irwin guilty of the other two charges of police officer resist, obstruct, opposing or endangering and felony firearms, which both carry a maximum sentence of up to two years. Irwin was originally facing up to 10 years in prison and fines as high as $10,000 if convicted of the embezzlement charges.

King said after the trial ended Friday that it was clear his client didn't take the missing money from the Cadillac Michigan State Police Post evidence room.

"I think the jury was clear that they did not believe that Malcolm Irwin had any breach of the public confidence and did not take any of the money. It's just sad that in relation to the arrest that there is this consequence, but we understand," King said in reference to the two guilty pleas that stemmed from Irwin's arrest last November. "At this time, we are not doing anything but figuring out what Malcolm's options are."

Although disappointed in the not-guilty verdicts on both embezzlement charges, Grand Traverse County Prosecutor Bob Cooney said he appreciated the jury's time spent on the trial, and he respects the verdict. He also said in spite of the claims by King during the trial that there were multiple people who should have been investigated, it is his office's belief that there was only one suspect in this case.

"The jury did not find sufficient evidence to prove beyond a reasonable doubt that Mr. Irwin committed the embezzlement offenses," he said. "We believed we charged the correct person."

For that reason, Cooney said he is not planning on having any investigations opened on other potential suspects and after the jury's verdict considers the case closed.

Cooney said his assistant prosecutor Kit Tholen spent a lot of time and put a great deal of effort in this case getting all the facts out there for the jury.

The charges against Irwin were issued after a lengthy investigation beginning in March 2014, when the money was discovered to be missing. Because the theft occurred in Cadillac, the case was submitted to the Wexford County Prosecutor's Office, but the Michigan Attorney General assigned the case to the Grand Traverse County prosecutor due to a potential conflict of interest. Cooney was appointed in January 2015.

The charges stemmed from an incident on March 18, 2014, which was reported to Cadillac post commander F/Lt. David Street. About $9,600 was missing from the post property room, and a subsequent search and audit confirmed the money had been stolen. Detectives from the MSP 6th District Special Investigation Unit were assigned to investigate the larceny. At the time, Irwin was the sergeant in charge of the property room.

During the trial, themes of need, opportunity, and willingness were the focus by both sides. For the prosecution, the case against Irwin revolved around facts that showed financial burdens and problems with gambling as well as Irwin's job as manager of the post's property room providing the opportunity.

King, however, focused on showing the jury there were more than 40 people who had access to the MS post after hours and at least 12 people had keys to the evidence room. He also said there was nothing that would deter that evidence room key from being copied at any business where keys could be made.

King also argued the door to the evidence room didn't always close and latch and how the drawer in the filing cabinet where the missing money was taken was clearly marked with the word "Money." He also argued while there were others who could have been investigated, only Irwin was focused on.

Judge William Fagerman continued the bond on Irwin and Irwin is awaiting sentencing which should happen in the next few weeks.