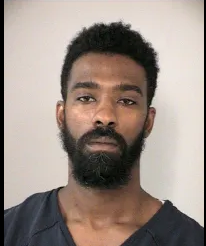 SAN ANGELO — DNA evidence has led to the arrest of a Katy man in connection to a 2008 San Angelo cold case, according to a police news release.

Just before 3 p.m. Tuesday, April 27, 2021, police announced an arrest had been made in the shooting death of Jordan Holden, who was slain more than a decade ago in a friend's home.

Police arrested Patrick Stewart Jr., 33, in Katy and charged him in connection to the case. He was a person of interest during the investigation and identified through "familial DNA" evidence, according to the release.

"The investigation has proven that you cannot escape justice or outrun the horrific things that you have done to a human being in our community," Carter said. "This investigative effort and arrest sends a strong message that we will not forget the victims and families of our remaining cold cases and that we will continue to work tirelessly to solve each and every cold case."

Jordan Holden was murdered in San Angelo more than a decade ago. Police have arrested someone in connection to the cold case.
https://www.gosanangelo.com/story/news/crime/2021/04/27/san-angelo-police-arrest-man-2008-cold-case-murder-jordan-holden/4860580001/
Tweet
How do you feel about this post?
Happy (0)
Love (0)
Surprised (0)
Sad (0)
Angry (0)
Tags:
cold case murder
Albuquerque's rape kit backlog cleared
Dozens more drug charges dismissed by prosecutors ...