prosecutors have found 91 affected cases so far in their ongoing review of 22,000 cases 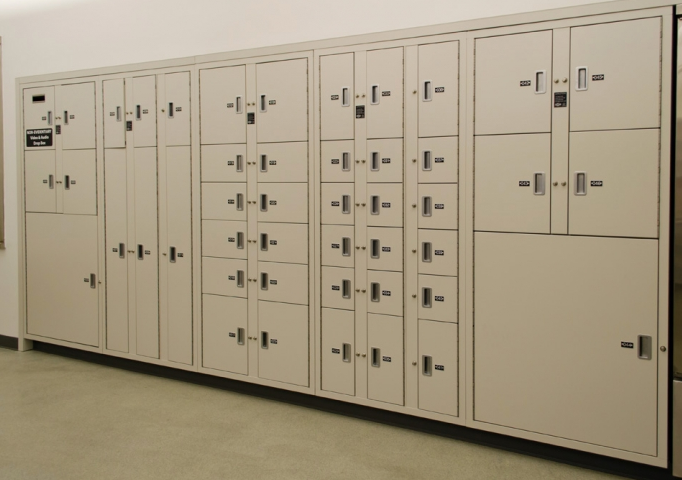 An ongoing crisis over widespread evidence problems at the Orange County Sheriff's Department is heading into court Thursday, as a judge decides whether to unseal records about a deputy who was found to have falsely stated in 74 different reports that he had booked evidence.

The 8:30 a.m. hearing, before OC Superior Court Judge Cheryl Leininger in her Westminster courtroom, centers largely on Deputy Bryce Simpson, whom sheriff officials found filed 74 false reports about evidence. Among those, 32 reports were part of criminal cases filed in court, according to District Attorney officials.

After hearing expected oral arguments Thursday from District Attorney prosecutors and Assistant Public Defender Scott Sanders, Leininger could make her decision by the end of the hearing, or sometime later.

Simpson's records are part of an ongoing evidence booking crisis where sheriff's deputies were booking evidence late – or not at all – and in some cases found to have falsely said evidence was booked.

For at least two years, Sheriff Don Barnes' department kept secret the evidence issues, which now have the potential to affect thousands of criminal cases.

Last week, District Attorney officials confirmed to Voice of OC that their ongoing review – only 2 percent complete – has found 91 criminal cases so far where someone was convicted of a crime but "evidence was either never booked or booked after a defendant was convicted."

An internal Sheriff's Department audit – kept under wraps for almost two years – found hundreds of cases where deputies failed to follow policy in booking drugs, cash, photos, and videos in criminal cases by the end of their shift.

On Thursday, prosecutors and Sanders are expected to present their arguments around Sanders' motion to lift a seal that keeps the sheriff's records about Simpson secret.

Last week, Voice of OC reported prosecutors have found 91 affected cases so far in their ongoing review of 22,000 cases – only about 2 percent of which have been examined.

The article noted that the findings stood in contrast to Barnes' statements that the evidence problems were limited to "a few" pieces of evidence that continue to be missing, and that "There have been no cases impacted, absent one."

Asked why the sheriff publicly said only one case has been impacted, the sheriff's spokeswoman said last week Barnes was speaking specifically about a smaller audit – known as the "secondary audit" – that looked at a subset of 450 reports, not the 98,000 records examined in an earlier audit.

But the article noted Barnes' quotes – including that only one case has been impacted – didn't limit his comments to just the secondary audit.

On Tuesday, one week after the article was published, Barnes acknowledged multiple cases are affected by the evidence booking issues – and promised to hold monthly news briefings about the issue.

"These are not merely cases that have been affected," Barnes said in a statement Tuesday evening.

"In every one of these cases, a person accused of a crime is owed their right to due process in the criminal justice system. In some cases, there is also a victim who wants to see justice served. I am not only mindful of those facts, they're the driving force behind my desire to uncover the full scope of this issue and hold accountable those who violated policy."

The release said the sheriff "will begin holding a monthly briefing open to the media and available to the public online in February 2020."

Barnes on Wednesday stood by by his prior statements about impacted cases – saying again they were about the smaller audit.

"Sheriff Barnes stands by that comment in the context in which it was made," Barnes' office said Wednesday. "We are well aware that more than one case has been affected by the overall evidence booking issue, as evidenced by the fifteen internal criminal investigations submitted to the OCDA that involved more than 50 criminal cases."

His office so far has not answered if he sought to correct the articles, which quote him speaking generally.

The DA's office declined to say what their position is on Sanders' motion to unseal the records about sheriff evidence misconduct, citing an ongoing DA criminal investigation overseen by District Attorney Todd Spitzer.

Pointing to the investigation, DA officials declined to answer a series of other questions, including whether Spitzer believes it was a mistake for the DA's office to previously decide not to prosecute deputies based on the Sheriff Department's investigations of their own staff.

Voice of OC attempted to contact Simpson and his attorney for comment last week through the sheriff's deputies' union, which has a legal duty to represent deputies facing discipline.

"When you don't have a prompt booking of the evidence, then there can be an argument that evidence has been somehow tampered with or something, if it doesn't go directly from the scene to the evidence locker," said Mario Mainero, a law professor at Chapman University who wrote a legal textbook about evidence rules in court, in a recent interview.

A judge will decide whether to unseal records about a deputy who was found to have made false statements about evidence in 74 different reports.
https://voiceofoc.org/2020/02/secrecy-around-sheriff-evidence-misconduct-records-heads-to-court-thursday/
Tweet
How do you feel about this post?
Happy (0)
Love (0)
Surprised (0)
Sad (0)
Angry (0)
Tags:
evidence not booked evidence problems Evidence misconduct West Coast
Raped 45 years ago, woman returns to bring attacke...
Minnesota deputy accused of stealing on job convic...