You have to destroy any kind of narcotics, you can't just throw it away 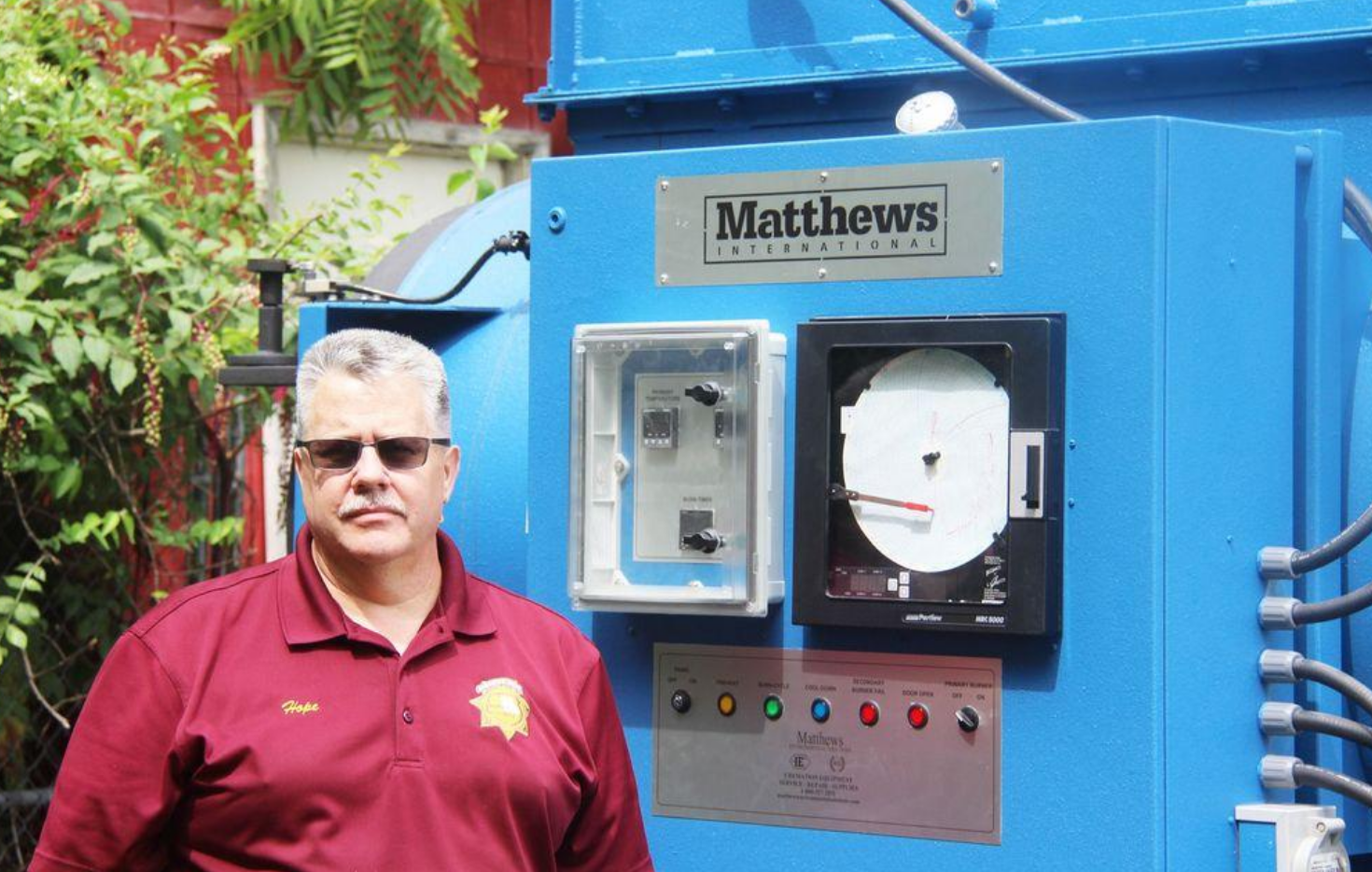 The Phelps County Sheriff's Department has a new way to dispose of evidence, one they are able to keep practically in their back yard. By acquiring a new incinerator, the Sheriff's Department hopes to save time and money when it comes to clearing out their evidence room, which constantly has all sorts of items taking up space.

The Phelps County Sheriff's Department has a new way to dispose of evidence, one they are able to keep practically in their back yard.
By acquiring a new incinerator, the Sheriff's Department hopes to save time and money when it comes to clearing out their evidence room, which constantly has all sorts of items taking up space. Each item has to be disposed within the framework of a legal procedure—especially narcotics. Prior to obtaining the new machine, the department had to travel to destroy their evidence, according Captain Rick Hope from the Phelps County Sheriff's Department.
"In the past...it was a lot of work to try and do," he said. "Initially we started burning (evidence) in an open field away from the public." Captain Hope explained it would take one man all day to destroy a single bale of marijuana, breaking it up and burning it properly.
"What we've been doing for the past several years is going to Doe Run—there's a smelter there," he said. Recently however, the Viburnum based smelter closed it doors to law enforcement seeking to destroy evidence there.
"There was no place to go to destroy our evidence," Captain Hope said, explaining how other agencies in Phelps County used the smelter to destroy evidence as well. He added the closest facility to safely dispose of narcotics was located in Kansas City.
"You have to destroy any kind of narcotics, you can't just throw it away," he said. With new items constantly coming in and filling the shelves of the evidence room, a new method of destroying it was required.
"Evidence is always coming in, and evidence always needs to go out," Captain Hope said. "With this incinerator, it's going to help us with destroying large bundles of marijuana and other drugs that take up our evidence room...We've been pretty aggressive over the years, so we have a lot of large bundles of marijuana still from previous cases."
The new incinerator cost $75,000 according to Captain Hope, but should more than pay for itself.
"Seventy-five thousand might sound like a lot, but when you consider taking a minimum of two, usually three people and maybe going out of state or Kansas City, you're talking probably two days pay and transportation costs." By keeping everything local, Captain Hope said they will save both time and money, and avoid the considerable danger of transporting a wealth of drugs across the interstate system.
"It's not only the financial factor, it's the drug factor," he said. "I'd hate to send our guys across the state with hundreds of thousands dollars worth of drugs.
The drugs and other burnable evidence is loaded past a heavy iron door into what is essentially an enormous concrete oven. Once the evidence is loaded, the incinerator kicks on, reaching a temperature of 1400 degrees. As Captain Hope took the protective tarp off the machine, he showed how despite it's last burn being two days prior, the door and concrete were still warm.
The evidence is put through what Captain Hope described as a double burn. As the hot air carries any remains upwards, it's burned inside a second chamber so everything that exits through the smokestack is clean, preventing any environmental hazards. The incinerator is attached to a generator, so it can be moved according to it's needs.
Captain Hope said the incinerator is open to other law enforcement agencies across Phelps County, allowing everyone to dispose of evidence in a safe manner, while saving each department money and time.

The Phelps County Sheriff’s Department has a new way to dispose of evidence, one they are able to keep practically in their back yard. By acquiring a new incinerator, the Sheriff’s Department hopes to save time and money when it comes to clearing out their evidence room, which constantly has all sorts of items taking up space.
http://www.therolladailynews.com/news/20170902/sheriffs-department-obtains-clean-way-to-locally-dispose-of-drugs
Tweet
How do you feel about this post?
Happy (0)
Love (0)
Surprised (0)
Sad (0)
Angry (1)
Tags:
Big Three: Chain of Custody assault  kits altered evidence
Former Darlington Police officer arrested for misc...
Ex-sheriff's son arrested after 2-year probe, and ...