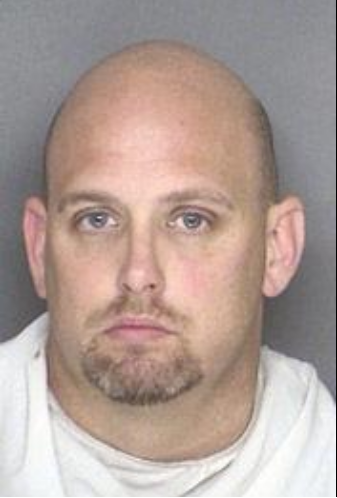 
Slaughter, who entered the plea on July 28, took responsibly for stealing and selling firearms from the sheriff's office property room during his employment. He has been charged with possession or sale of a stolen firearm.


Records from the U.S. District Court state Judge Sidney Fitzwater found that Slaughter understood the nature of the charge and was competent before entering his plea.


Fitzwater deferred the acceptance of the plea agreement and stated in the sentencing scheduling order that the court would sentence Slaughter at 9 a.m. on Nov. 9.


The sentencing scheduling order noted that a probation officer must furnish the pre-sentence report to Slaughter, Slaughter's attorney and the prosecuting attorney before noon on Sept. 29.

According to the Cornell Law School's website, a pre-sentence report is an investigation of a defendant that is conducted by a probation officer before the court imposes a sentence. This investigation looks at the defendant's background and makes a recommendation to the court about punishment options.


Slaughter later appeared before Judge David Horn for a bond hearing at 2 p.m. on July 28 in the U.S. District Court in Dallas. Horn granted Slaughter's release during this hearing.


Some of the conditions of release include not violating federal, state, or local law, notifying the court if a change of residence or telephone number is made and appearing in court as required. Slaughter also cannot possess a firearm, destructive device or other weapons and has to remove any firearms from his residence immediately.


The Daily Light reached out to Slaughter's attorney, Morgan Taylor, for comment but calls were left unreturned as of 5 p.m. Thursday.

DALLAS — Former Ellis County Sheriff’s Lt. Philip Slaughter entered a guilty plea for his role in a gun theft in the United States District Court in Dallas late last week. Slaughter, who entered the plea on July 28, took responsibly for stealing and selling firearms from the sheriff’s office property room during his employment. He has been charged with possession or sale of a stolen firearm. Records from the U.S. District Court state Judge Sidney Fitzwater found that Slaughter
http://www.waxahachietx.com/news/20170805/slaughter-enters-guilty-plea-in-federal-court-for-gun-theft-at-ellis-county-sheriffs-office
Tweet
How do you feel about this post?
Happy (0)
Love (0)
Surprised (0)
Sad (0)
Angry (0)
Tags:
altered evidence assault  kits Chain of Custody Big Three:
Salt Lake City Police arrest suspect in 1991 murde...
Halton police officer accused of stealing pills
Comment for this post has been locked by admin.