Auditors found that out of the departments analyzed, five of the seven agencies had missing money, firearms, controlled substances or drug paraphernalia from their evidence lockers, according to the report. 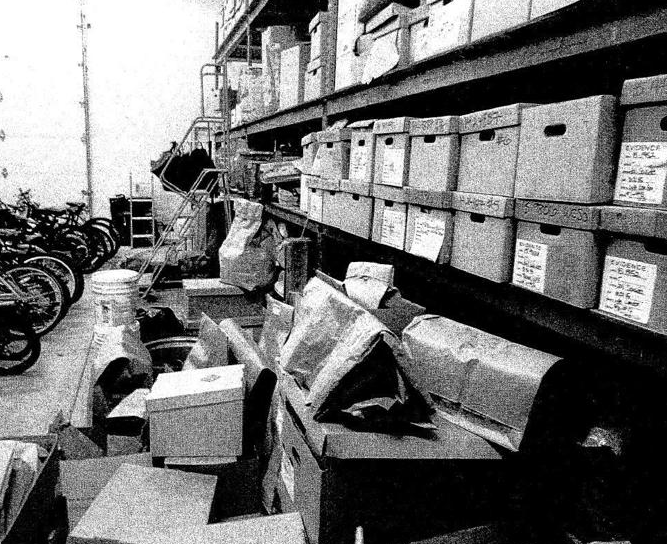 The report, released to the public on Wednesday, analyzed the evidence organization practices of seven police agencies from across the state. Auditors also combed through the department's evidence lockers and released their findings.

None of the departments audited were named in the report.

Agencies selected for the report were done at random, but investigators were sure to include departments of varying sizes, according to Utah State Auditor John Dougall.

Auditors found that out of the departments analyzed, five of the seven agencies had missing money, firearms, controlled substances or drug paraphernalia from their evidence lockers, according to the report.

One department, which has a jurisdiction population of under 30,000 people and 20-30 full-time police officers, reported they had over 66 missing items from their evidence locker. Those items consist of money, firearms, controlled substances or drug paraphernalia; however the report did not specify the exact number of each type of item reported missing.

Auditors found that the items reported lost included heroin, cocaine, methamphetamine, money and a firearm. Officials at the departments surmised that the missing items were likely destroyed, disposed of, transferred to other agencies or returned to their owners.

However, the report notes that due to a lack of inventory records, investigators were unable to determine if the missing items were gone due to poor record keeping, theft or other reasons.

The report comes less than a year after the lone evidence technician at the Weber County Sheriff's Office was fired and later charged with evidence tampering after she was found high on meth while on the job.

Candice Follum, 48, was charged on Aug. 21, 2018 with 20 counts of destroying or altering public records, a third-degree felony, and 20 counts of possession or use of a controlled substance, a class A misdemeanor. In October, she later pleaded guilty to all 40 counts.

On Dec. 8, 2017, employees of the sheriff's office found Follum "under the influence" of methamphetamine while on duty in the evidence room, according to charging documents. She was suspended and later terminated from the department.

Utah State Auditor John Dougall said Wednesday afternoon that the audit of evidence lockers from around the state began months before Follum's arrest.

"This issue has been on our radar for some period of time," Dougall said.

The report went on to detail how departments had "inadequate controls" over how they stored evidence, and found "weak controls and, in some cases, a lack of controls over property storage." Auditors advised the agencies to regularly conduct full inventory inspections and implement multiple requirements before entering an evidence room.

Another topic in the report found that some agencies fail to properly deposit seized money. Two agencies audited were found to have $175,000 and $300,000 stored in their respective evidence rooms, and other agencies had money that had been in evidence for 10 years or more. Another agency reportedly didn't keep their seized money in a locked safe, and instead stored money in five cardboard boxes.

"We found that some sampled agencies are storing money in property rooms, delaying deposits for months or, in some cases, even years," the audit said.

Auditors also found that some agencies were not properly returning property to the rightful owners. The review indicates that most of the agencies audited, six out of the seven, destroy found property rather than returned to the finder if the property went unclaimed.

The review also found that most agencies do not issue receipts for property taken without a warrant, which is against state law. However, auditors found that all agencies analyzed did provide receipts if a search warrant was issued.

With each bullet point, the review gave suggestions to agencies for tighter security and additional oversight of their evidence lockups.

Dougall said that since their audit, some agencies have already began to make improvements based on his office's recommendations.

He went on to say that the state auditor's office currently has two ongoing audits regarding law enforcement agencies in the state, but could not elaborate further on what aspect or aspects were under audit.

However, Dougall did confirm that one of the ongoing audits stemmed from findings in the report released Wednesday.