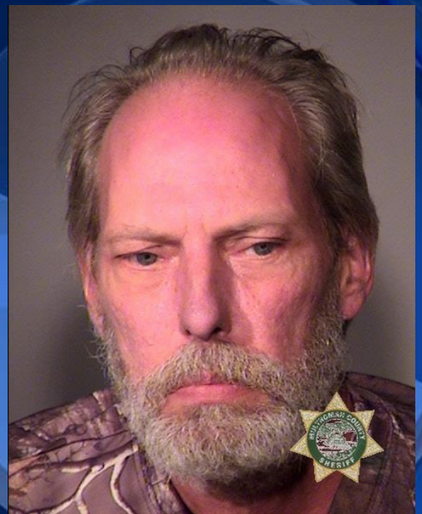 On Sunday, police arrested Richard Knapp, 57. He's been booked into the Clark County Jail on a murder charge. Police declined to provide specifics but said they're bringing additional charges against Knapp.

Police say advancements in DNA technology – and the use of public databases of genealogies – helped solve a southwest Washington cold case that had stumped police for more than two decades.

Police collected DNA from the crime scene, but it didn't yield any matches in a national DNA criminal database known as CODIS.

After following Knapp for several months, law enforcement obtained DNA from a cigarette butt he dropped. The sample was sent to Washington State Patrol's crime lab for analysis, which found it was a match for the cold case.

Police in recent years have increasingly turned to public genealogy databases to solve cold cases. The technique gained widespread publicity last year when it led to the arrest of the Golden State Killer.

At a news conference in Vancouver on Tuesday, Detective Dustin Goudschaal said he has spoken to Hoellein's brother, who lives in South Dakota.

"He was a little panicked at first," said Goudschaal, who said the brother immediately got their father on the line to hear the news.

"He was emotional," Goudschaal added. "He thought he was going to go to his grave without any resolution as to what happened to his daughter."

Goudschaal also met with Hollein's son, who still lives in the Vancouver area. He was five years old at the time of his mother's death.

"Obviously, solving cold cases is a good feeling," Goudschaal said. "It's a great feeling for the family."

The Hollein family released a statement thanking the detectives for their work in finding the suspect who "took away a sister from her two brothers … left a mother and father without a daughter, and a young child without a mother."

"Our family was left with so many unknowns, the biggest of these being who did this awful crime," the family's statement read. "As this case is starting to unfold after almost 25 years, the wound is being re-opened, and our family is experiencing the pain all over again."

Knapp is set to make his initial court appearance on the murder charge Wednesday in Clark County Superior Court.