"In some instances, evidence bags had been cut open and drugs were missing. Investigators were unable to determine what happened to the seized property because it was not clear who had accessed the evidence room," said an audit report." 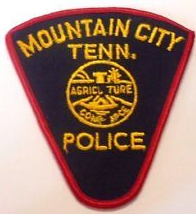 MOUNTAIN CITY, TN (WJHL) - State auditors and Tennessee Bureau of Investigation agents revealed to News Channel 11 on Thursday what they are calling a number of problems within the Mountain City Police Department's property and evidence room.

The Comptroller's Office said on November 9, 2017, auditors and agents did an inventory of selected items held in the police department's evidence room.

That information was compared to the department's inventory log. Investigators said they found the log to be unreliable and incomplete.

"In some instances, evidence bags had been cut open and drugs were missing. Investigators were unable to determine what happened to the seized property because it was not clear who had accessed the evidence room," said an audit report. "The department also failed to include all seized property on the inventory log, and it failed to include information such as incident numbers, defendants' names, and dates on the inventory log."


Auditors advised, police officials should identify drug evidence and weapons that are no longer needed. State law, auditors said, requires those types of items to be disposed of in accordance with a court order.

"Police officials have a responsibility to secure and account for all seized property," said Comptroller Justin P. Wilson. "Poor evidence control may jeopardize judicial proceedings and invite the risk of theft. I'm pleased to see the Chief is taking steps to address the problems."

Meanwhile, Mountain City police chief Denver Church said his department has made corrections including: a new inventory log with the proper information; an evidence drop box with cameras in the evidence room; limiting access to the room to an evidence custodian and a log of persons entering and leaving the evidence room.

Chief Church also told auditors, "I am in the process of going through evidence to get a court order to destroy evidence that is no longer needed in accordance to state law."

The Comptroller&#39;s Office said on November&nbsp;9, 2017, auditors and agents did an inventory of selected items held in the police department&#39;s evidence room.&nbsp;&nbsp;
http://www.wjhl.com/local/state-audit-reveals-number-of-problems-in-mountain-city-police-property-evidence-room/1087226855