O'Neill said, cops will effectively have to turn over lab reports and other evidence to prosecutors within about seven or eight days of a person being charged. 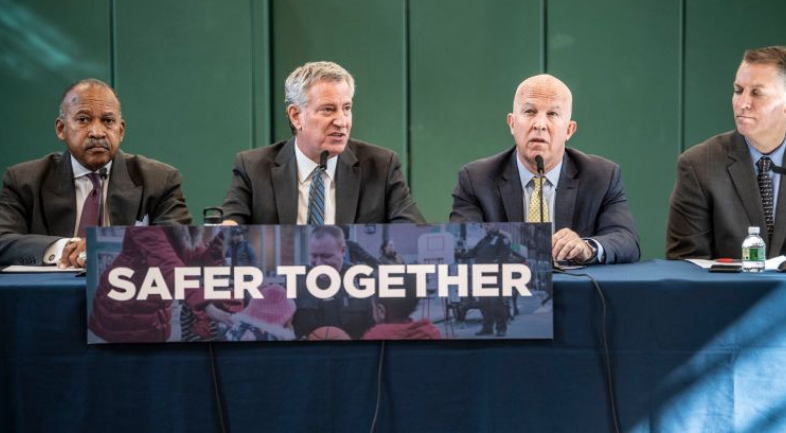 The changes to pretrial discovery rules, which take effect Jan. 1, set basic time limits of 15 days for prosecutors to turn over materials such as witness statements and crime lab reports to defense attorneys, O'Neill said at a briefing with reporters.

To meet those new deadlines, O'Neill said, cops will effectively have to turn over lab reports and other evidence to prosecutors within about seven or eight days of a person being charged.

"We took a look at what it is going to cost the NYPD to comply with the new law … and you are talking about 100 million dollars," said O'Neill, who is leaving the department at the end of the month to take a global security job with Visa Inc.

Those costs, added Mayor Bill de Blasio at the news conference, will have to be paid as an "unfunded mandate," meaning that no new funds will be coming from Albany to cover them.

The city will comply with the new law, de Blasio said, adding that the state should help the NYPD absorb the new expense.

"I wish our friends in Albany would remember to send money along when they ask for these big changes," the mayor said. "It is bad for New York City but it is really bad for other parts of the state that really can't afford it."

The accelerated pretrial discovery rules were designed to address long-standing complaints by the defense bar and other advocates that police and prosecutors don't meet their obligations to turn over materials and evidence on a timely basis. Delayed turnover of evidence hurts defendants' trial preparation, advocates have said.

As of Jan. 1, prosecutors and cops will generally be held to the 15-day limit to hand over evidence, a period that can be extended by a court in complex cases or where it is difficult for law enforcement to gather the information.

"This is the most profound change in the criminal justice system in my lifetime," said one veteran city prosecutor who didn't want to be identified. The changes were placed within a budget bill and didn't get proper scrutiny before they were approved, the prosecutor said.

Other law enforcement officials have said some upstate crime labs simply aren't equipped to handle the accelerated time requirement and need more money in the coming year to handle the expected crush of work. The question of funding and possible changes in the discovery laws are expected to be raised with the legislature in Albany, but it remained unclear to officials if any substantive changes will be addressed in 2020.

O'Neill, de Blasio and Police Commissioner-designate Dermot Shea, who attended the news conference, also expressed concern about a law in the bill package that does away with the bail requirement for many types of offenses.