It is at least the second time since 2013 that State Police have conducted an internal investigation of allegations that its members were stealing items from evidence lockers. 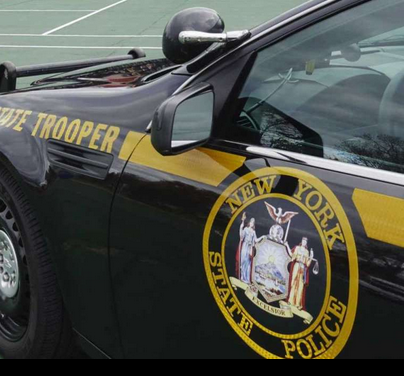 CATSKILL — An internal State Police investigation is probing allegations that a longtime investigator assigned to the Catskill barracks has for years been removing parts from guns stored in an evidence locker there.

It is at least the second time since 2013 that State Police have conducted an internal investigation of allegations that its members were stealing items from evidence lockers.

In the Catskill case, multiple investigators had allegedly been aware of — but did not report — the alleged theft of gun parts from the small barracks west of the Thruway in South Cairo, according to law enforcement sources.

The Catskill station is part of Troop F, which is headquartered in Middletown, Orange County. Maj. Pierce Gallagher, who oversees Troop F, did not respond to a request for comment made through his public information office.

Beau Duffy, a spokesman for the State Police, confirmed Friday the probe is "ongoing and we cannot provide further specifics."

"Last year, State Police investigated a complaint from an anonymous individual who claimed second-hand knowledge of potential misconduct at SP Catskill that occurred approximately eight years ago," he said. "A thorough investigation was conducted, and the allegations were not substantiated. Early this year, the office of the attorney general referred new information about the case to the State Police."

According to interviews with people familiar with the matter, a State Police internal document and electronic communications attributed to a current State Police member who made the allegations, there have been at least two complaints about missing gun parts at the Catskill barracks.

One of those incidents took place about nine years ago when an investigator at the barracks noticed that an AR-15 rifle in the evidence locker had been stripped of its parts. The rifle had been seized in a reckless-endangerment case and was owned by a New York Police Department officer.

The investigator handling the case, who still works at the Catskill barracks, confronted a fellow investigator he accused of taking the parts after spotting them under the investigator's desk, according to a person familiar with the matter.

The heated exchange was allegedly witnessed by several other State Police investigators assigned to the barracks. The incident was not documented, although the accused investigator allegedly had stated that the weapon was going to be destroyed anyway.

Another incident took place in late 2017 or early 2018 when a person whose weapon had apparently been seized by State Police allegedly spotted parts from that gun for sale online. The person called the Catskill barracks to inquire about it and someone there — allegedly a supervisor — directed an investigator to return the person's property, according to correspondence attributed to a State Police member.

Months later, the State Police launched the first internal review after receiving an anonymous letter claiming that guns in the evidence room were being stripped of their parts.

That probe, which was handled at the troop level, did not result in any disciplinary action, and the longtime investigator who is the focus of the investigation has remained on active duty. The Times Union is not identifying the investigator because the person has not been suspended or formally accused of wrongdoing.

Peter J. Kusminsky, who retired from the State Police in March and had been the senior investigator at the Catskill station for the past six years, acknowledged in a recent interview that station members had been asked about the matter during the internal investigation last year, but said he had no direct knowledge of the alleged misconduct.

"I gave a memorandum — everybody did," said Kusminsky, who is running for Greene County sheriff.

Kusminsky said he believed that investigation had focused on a "2010" incident in which the two investigators had allegedly argued about the AR-15 rifle parts being removed.

"I wasn't there, so I couldn't say whether it did or didn't (occur)," Kusminsky said.

Kusminsky also said that he has no knowledge of the incident from nearly two years ago when an investigator was allegedly instructed to return items to a person who complained after seeing their seized property for sale online.

"I would have flipped that right to internal affairs," Kusminsky said. "Had anything like that been brought to my attention, it would have been immediately reported through channels."

In November, the state attorney general's Public Integrity Bureau revived the investigation after being provided documents that included text messages attributed to an investigator alleged to have witnessed the misconduct. That office subsequently referred the case back to the State Police's Internal Affairs Bureau in Albany, which is leading the investigation that's ongoing at the Catskill barracks.

A spokeswoman for Attorney General Letitia James declined to comment on Friday, and it's unclear if that office is still involved in the probe.

In 2011, another internal investigation that lasted more than two years probed the disappearance of dozens of Oxycodone pills and a large amount of cocaine from an evidence locker at Troop K's Hawthorne barracks.

That prompted the abrupt retirement of a longtime senior investigator and the filing of disciplinary charges against two troopers who left the force and have filed a federal lawsuit against the agency. It accuses the State Police of using them as scapegoats in the missing-cocaine incident to cover for the actions of the senior investigator.