The chief said there was no evidence the officers were using, selling, or planting the drugs, 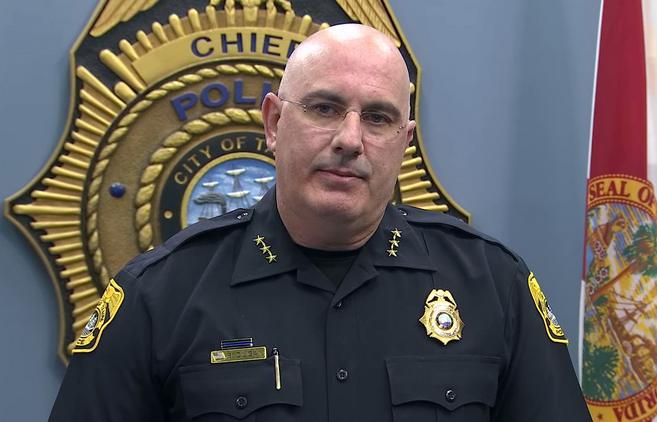 Chief Brian Dugan did not hide his anger and disappointment.

"I was very angry to have to stand here before you and explain. This is just an embarrassment for me. They have embarrassed our police department," said Dugan.

A total of 10 officers are in trouble for misconduct. Seven of those officers were admonished for breaking the rules but did not lose their jobs.

Chief Dugan says officers Laratta and Landry were exposed in September when a resident came forward to complain he had been physically threatened by both officers.

"When we started digging into that, there wasn't body worn camera footage from that incident… What that do they have to hide?" questioned Dugan.

The chief said the officers violated policy by not reporting or documenting stops involving citizens with marijuana. Dugan said in several instances, officers Landry and Laratta confiscated marijuana but did not document the stop, give citations, or write reports following the stops.

Chief Dugan said the officers were given drug tests - which came back clean.

The chief said there was no evidence the officers were using, selling, or planting the drugs, however, Dugan said he was not sure what was being done with the drugs, either.

"They have embarrassed our police department. They have placed the community's trust that we have in jeopardy. They have tarnished our brand and they betrayed the oath that we swore to uphold," said Chief Dugan. "I could not be more disappointed."

Dugan said none of the violations rose to the level of criminal acts, but they had lost credibility.

"They knew what they were doing was wrong and they intentionally did things to deceive everyone and that's why they were dismissed," he added.

The Hillsborough State Attorneys Officer says five cases against four defendants have been dismissed that involved the fired officers. The SAO is actively reviewing more cases.

Disgraced Tampa police officer Mark Landry was fired Thursday for what the chief of police called “egregious actions. “
http://www.fox13news.com/news/local-news/tampa-chief-to-announce-ten-officers-under-investigation
Tweet
How do you feel about this post?
Happy (0)
Love (0)
Surprised (0)
Sad (0)
Angry (0)
Tags:
body cam
Former Causeway cop gets 4 years in prison for ste...
Police said a trooper collapsed from an incidental...
Comment for this post has been locked by admin.