Police said a trooper collapsed from an incidental overdose. Now they’re saying nothing.

The substance that he handled during a traffic stop shortly before his collapse turned out to be heroin, a less potent drug, undercutting Birmingham's theory that Flansburg suffered from an overdose from contact with powerful synthetic opioids. 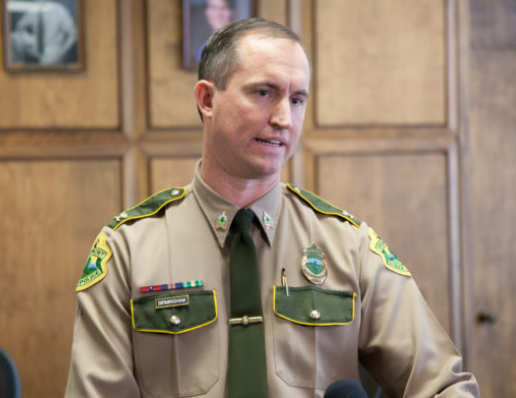 Before Vermont's public safety commissioner publicly concluded that one of his troopers had collapsed due to an overdose from accidental exposure to fentanyl, he wondered whether it might be worth waiting.

"Or should this wait until we have confirmation of exposure?" Anderson asked Birmingham, in an email obtained by VTDigger through a request for records about the incident.

Birmingham asked Anderson to call him. It's unclear whether Anderson's statement was ultimately sent out, however Birmingham had already declared, in a statement two days earlier, that synthetic opioids were to blame for the collapse of Acting Sgt. Brett Flansburg.

"And now there is a new threat that we're seeing up close: the risk of exposure to powerful drugs that can kill in even tiny amounts," Birmingham wrote in a press release on March 16, the day after the incident occurred.

"Were it not for the immediate availability of Narcan and the quick actions of his fellow troopers and medical personnel, we might be speaking today about the death of a trooper in the line of duty," Birmingham said in the statement.

Flansburg has since returned to duty. The substance that he handled during a traffic stop shortly before his collapse turned out to be heroin, a less potent drug, undercutting Birmingham's theory that Flansburg suffered from an overdose from contact with powerful synthetic opioids.

Yet the VSP have not issued any statements to correct the record about what authorities said was an overdose, or explained Birmingham's initial statement. Instead they have cited confidentiality regarding Flansburg's medical information and said they don't know what happened.

"The ultimate cause of the incident in March is inconclusive," according to a VSP statement released on April 16.

The medical community is in agreement that incidental exposure to fentanyl is not a major safety risk unless the drugs enter an open wound or a mucous membrane, such as the nose or mouth, or if large amounts are in the air. Out of caution, law enforcement agencies advise wearing gloves, a respiratory mask and safety glasses if drugs are evident at the scene of an overdose or crime.

There have been many recent cases nationwide of law enforcement officers, medical workers and first responders claiming that they experienced overdoses due to incidental exposure, but medical experts believe it's more likely that they are suffering from fear-induced panic attacks. The fact that narcan brings them back to consciousness, experts suspect, has nothing to do with the drug but is instead due to time passing and psychosomatic episodes tapering off.

VSP spokesperson Adam Silverman said in an email Thursday that he would not be available to speak about the Flansburg case. "We have no more information to provide," he said. Neither Anderson nor Birmingham responded to emails Thursday seeking comment.

While it's unclear what efforts state police made to figure out what actually happened to Flansburg, internal communications show a coordinated effort among Anderson, Birmingham and Silverman to refute media reports on the issue — particularly a VTDigger fact-check on March 20 that rated Birmingham's statement about the risk of incidental opioid contact "false."

Commissioner of Public Safety Tom Anderson testifies before the House Appropriations Committee at the Statehouse in February. Photo by Glenn Russell/VTDigger

"Rather than expressing concern for a sickened Trooper or telling Vermonters about the thousands of ways the men and women of the Vermont State Police and local law enforcement put their lives on the line day in and day out," Anderson wrote to all VSP staff on March 20, "these outlets have instead decided to focus on tearing down the men and women who protect and serve. Shame on them."

Anderson added that he and other state law enforcement leaders would continue to stand up for troopers and local police officers. "So keep doing what is right and just and ignore these naysayers. They are unworthy of you time or attention," he wrote.

Anderson wrote a letter to VTDigger Executive Editor Anne Galloway on March 22 expressing his disgust with the fact-check (asked if he wanted it published publicly, the commissioner did not respond). Before it was sent, Anderson, Birmingham and Silverman went back and forth on some of the details, such as whether to mention Birmingham at all.

"In addition to being a gratuitous and undeserved smear of Colonel Birmingham, this article also diminishes and downplays the very real threat faced by the Vermont State Police, local law enforcement and front-line first responders who face risk in nearly everything they do each day," a draft of the letter said. The reference to Birmingham was ultimately removed.

The three also discuss concluding the letter with a "poke" at VTDigger. Anderson wrote on March 22: "How about 'While VT Digger normally lives up to its motto of "News in Pursuit of Truth," in this instance you missed the mark.'"

Silverman, who was a longtime reporter and editor at the Burlington Free Press, said that would be too kind. "Given the overall quality of Digger's reporting, I'm not sure I'd want to give them that much credit … " he writes, proposing instead: "While VT Digger normally aims to live up to its motto of 'News in pursuit of truth,' this time you badly missed the mark."

Birmingham agreed with the sentiment but suggested nixing the last line. "I agree with Adam. This article was so far off the mark and marginalizes the dangerous work that police do every day. It is an appropriate response. I would nix the last line. It's just a poke in the eye."

Anderson responded: "Yeah, but it's a good poke!" He then asked whether the "5th floor," referring to Gov. Phil Scott's office, should be informed about the letter before it was sent. "Second question: Do let the 5th floor know or just pull the trigger?"

Birmingham wrote back: "It is a good poke I could be convinced to leave it. I would suggest just pulling the trigger. I can't imagine they would be upset. It it factual."

In an email exchange with VTDigger, Silverman defended Birmingham's initial statement citing literature from the Centers for Disease Control and the U.S. Customs and Border Protection advising first responders and law enforcement officers of the risks from synthetic opioids such as fentanyl and carfentanil.

The Customs and Border Protection training video seems to contradict itself. It dispels the "myth" that "just touching any amount of fentanyl is likely to cause severe illness, injury or even death," but also says "exposure can come in many ways: through skin contact; through the mucus membranes of your mouth, your eyes; or the most significant risk is from aerosolized, airborne powder."

The records obtained by VTDigger also included guidance from an expert at the Department of Justice on the risks of synthetic opioids, which was disseminated among police internally but not shared by Silverman publicly. Michael Lecuyer, a special agent with the Drug Enforcement Administration, sent regional law enforcement agencies a sheet of "fentanyl facts."

Lecuyer writes that the law enforcement world is awash with bad information about the risk of synthetic opioids, along with supposed "experts" trying to profit off the hysteria by selling protective gear and training courses that aren't actually helpful.

"The more confused and scared we are about fentanyl, the more likely our agencies are willing to send us to these high priced trainings," he writes.

Lecuyer's email quotes at length from an article by Christina Baxter, the CEO of Emergency Response TIPS, a first responder consultancy.

"In order to get a lethal dose of fentanyl powder (what we see on the street) to kill someone through skin contact one would need to cover their entire body head to toe in 100% pure fentanyl and leave it there for at least two hours, remove it, and then wait another hour," says Lecuyer's email, quoting Baxter.

Baxter declined to comment on the Vermont case when contacted Friday. "They feel they're exposed," she said, "so I don't want to double guess them." 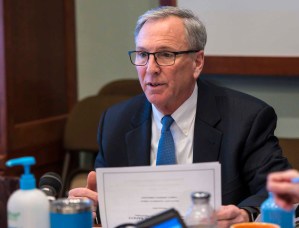 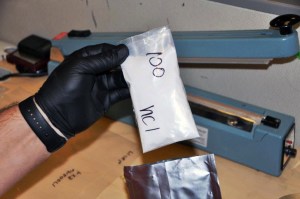