The cocaine was meant to train drug-sniffing dogs. But this cop had other ideas, police say

"It is believed that Adams ingested the cocaine," prosecutors said in a statement.A kilogram of cocaine, about 2.2 pounds, is worth between $26,000 and $28,000 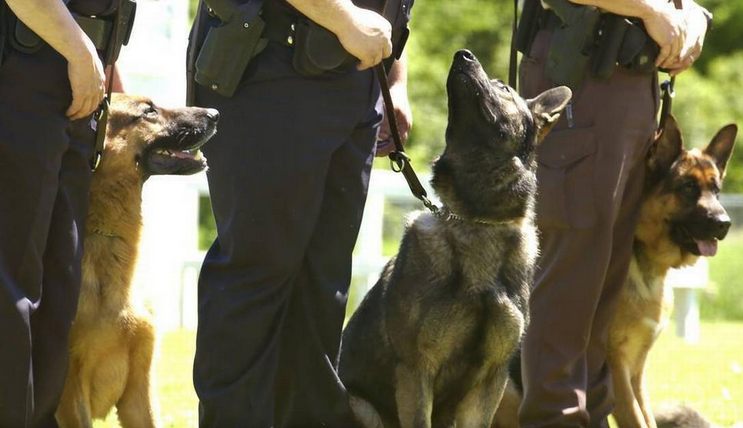 There might be some drug-sniffing dogs in New Jersey that are less familiar with cocaine than one would hope.

A New Jersey sheriff's officer has pleaded guilty to official misconduct and theft for stealing cocaine from the office. The drugs were supposed to be used to train the office's drug-sniffing dogs to identify the illegal narcotic, prosecutors said Friday.

Adams was a 16-year veteran of the Ocean County Sheriff's Office, and had been the commander of the department's canine unit when he was charged with stealing more than a kilogram of cocaine and using it for "personal consumption."

"It is believed that Adams ingested the cocaine," prosecutors said in a statement.

A plea agreement will require Adams to serve a sentence of three years in state prison, prosecutor said. Adams will be ineligible for parole for two years.

Adams has been suspended from his job since he was arrested and charged for stealing the cocaine in March, Patch reports. He had been certified as both a canine handler and a trainter of other canine handlers before his suspension.

Cocaine had been going missing from the sheriff's office for a two year period, starting in 2015, Patch reports.

An investigation into the missing cocaine began in January 2017. At first, Adams said that the drugs had accidentally been thrown out along with other canine training materials, prosecutors said.

Adams will be formally sentenced in April 2018, and is out on bail until then, according to prosecutors