In the United States, more people are dying because of synthetic drugs like fentanyl than because of heroin or prescribed painkillers. While, to many, the opioid crisis has been synonymous with heroin and prescription pills, a report published Tuesday in JAMA Psychiatry builds the case that the class of synthetic drug is increasingly making its way into other drugs like cocaine and leading to overdoses. From 2010 to 2016, more and more overdose deaths have been found to be caused, at least in part, by drugs like fentanyl.

In a way, this isn't exactly news. The same data the study used was reported on late last year with the shocking headlines that synthetic opioids like fentanyl have overtaken heroin as the source of opioid deaths. But, according to Wilson Compton, one of the new report's authors, his study zeroes in on a particularly insidious aspect of the drug: the increased risk it poses to people who seek out drugs like cocaine and Xanax and end up with fentanyl-laced products that could kill them in as fast as a few minutes. For example, in 2016, nearly a third of the people in the United States who were declared dead from overdosing on benzodiazepines—drugs like Xanax and valium—had also ingested fentanyl or something like it.

Of the 42,000 overdose deaths reported in our country in 2016, about 19,000"—almost half—"were related to fentanyl," Compton said in a video statement. By examining records from coroners' offices around the country—agencies whose job it is to pronounce and document deaths—the study shows that 15,469 overdose deaths were due to heroin and 17,087 were due to prescription opioids like oxycontin. But the most, by far, were due to synthetic opioids like fentanyl.

The severity and speed of the problem raises the question: How did fentanyl come to take so many lives?

As a synthetic opioid, fentanyl and its variants fall into the same chemical class as heroin and prescription opioids like oxycontin. Originally intended to manage severe pain before and after surgery, fentanyl is much stronger than heroin. As Compton tells me, "a teaspoon of fentanyl is about equivalent to a cup of a heroin." More precisely, 3 milligrams of fentanyl is as potent as 30 milligrams of heroin.

Deaths due to fentanyl have not been as well documented as deaths due to heroin. And, given that fentanyl is often mixed with other drugs like cocaine and benzodiazepines, it's been even harder to keep record. Compton says the first significant outbreak of fentanyl use that researchers were aware of happened in 2006. Both Compton and Sarah Wakeman, the head of the Substance Use Disorders Initiative at Massachusetts General Hospital, locate the true uptick of overdoses that involve fentanyl-like drugs around 2011.

Traci Green, an epidemiologist at Brown University in Rhode Island—one of the first states in the U.S. where fentanyl hit hard—recalls what seemed like a disturbing, isolated incident in 2013: Fourteen people in the state died within several months of each other after overdosing on a batch of heroin laced with synthetic opioids. "It was like the romaine-lettuce outbreak, except there were deaths," Green says. Then, things got worse. "Rhode Island was, if you will, a canary in the coal mine," she continues. "We had a sense something bad was happening, and it wasn't going away."

Both Wakeman and Green say there was nothing that surprised them about these findings, since they've been aware of the problem as it's emerged over the past decade. "I do think it hammers home the fact that what's killing people right now is not prescription opioids," Wakeman says. "It really is an issue of the illicit-drug supply being tainted."

This week, Buzzfeed told the story of a woman who almost died from unknowingly taking cocaine laced with fentanyl. She started using cocaine in the first place in an effort to wean herself off of heroin. As Mother Jones has reported, the number of overdoses in which people are unknowingly using tainted cocaine has risen over recent years—and seems to be disproportionately affecting black people who were not intending to use opioids.

Wakeman suggests a few ways to help people who are inadvertently taking drugs tainted with fentanyl: freely providing kits for people to test their drugs for fentanyl; opening safe-consumption centers; making medication-assisted treatment, or MAT, a proven treatment for those with an opioid addiction, available as soon as possible. These are the same solutions, she says, that could help all drug users.

Compton emphasizes the importance of making naloxone (a.k.a. Narcan)—a drug that is capable of preventing death by opioid overdose—as widely available as possible.

Whatever steps might ease the problem, the cause is still unclear. As the Buzzfeed investigation points out, there's no clear reason why fentanyl has made its way into the illicit supply of cocaine. That the CDC data doesn't distinguish between overdoses in which people intentionally or accidentally mixed cocaine and fentanyl makes it harder to figure out.

"We have been in the dark with overdose surveillance, both fatal and nonfatal, and that's one of the reasons we're in this pickle," Green says.

As Compton and his coauthors point out, the figure they came up with is likely an underestimate: In 15 to 25 percent of death certificates examined, the kind of drug involved in the overdose was not specified. So fentanyl and fentanyl-like drugs (as well as other opioids) may have been involved in even more deaths. But, to really tease this out, "the public needs better data, more transparent data, and more consistent data," Green says. 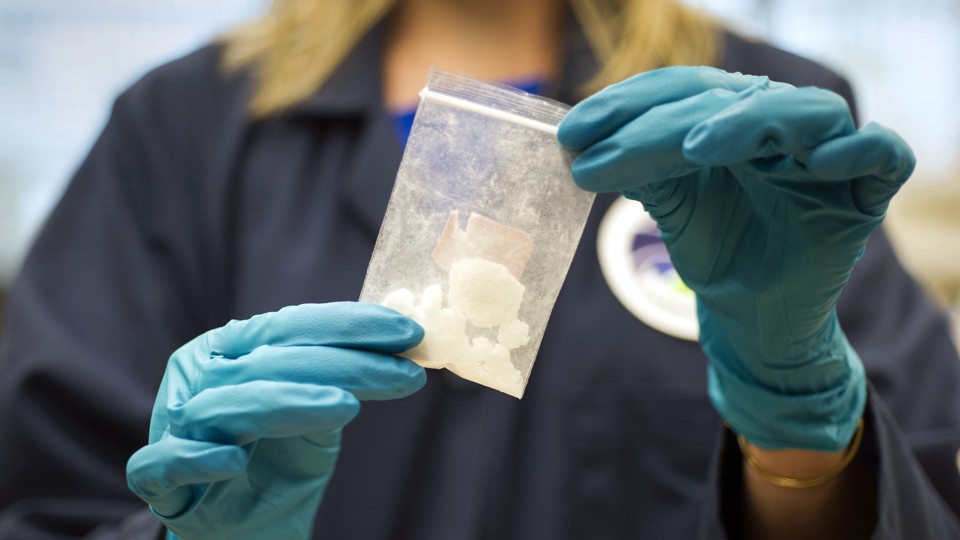 Fentanyl Is Deadlier Than Heroin and Prescribed Opioids - The Atlantic

Tweet
How do you feel about this post?
Happy (0)
Love (0)
Surprised (0)
Sad (0)
Angry (0)
Tags:
cocaine death fentanyl
Man Set To Receive Largest Wrongful Conviction Set...
Push for untested rape kit legislation in Californ...
Comment for this post has been locked by admin.