FBI agents found some of the missing $30,400 in Pillow's pants pocket and the rest of it in a safe he had hidden inside a cooler i 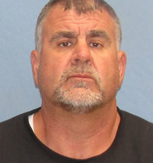 A federal grand jury in Little Rock has handed up an indictment charging a former Greene County sheriff's lieutenant with the theft of $30,400 in government funds.

Allen Scott Pillow, 55, of Paragould was fired after his arrest Tuesday by FBI agents who sought his help with a narcotics investigation that was actually a ruse.

As part of the ruse, agents left a backpack containing $76,000 in FBI funds in a vehicle in the Lowe's parking lot in Paragould. Believing he was assisting out-of-state police officers, Pillow arrived and seized the backpack, then later told the officers that he had found $45,600 in the backpack. He also checked that amount of cash into the Greene County sheriff's office evidence locker.

But on Tuesday, FBI agents found some of the missing $30,400 in Pillow's pants pocket and the rest of it in a safe he had hidden inside a cooler in the attic of his garage. The FBI said the serial numbers on the found cash matched the serial numbers of the money placed in the backpack.

Pillow was released pending trial. He is scheduled to be arraigned at 2 p.m. Nov. 14 before U.S. Magistrate Judge Tricia Harris.

If convicted of theft of government property, Pillow faces up to 10 years in prison and a fine of up to $250,000.

The investigation was conducted by the FBI and the Arkansas State Police. The case has been assigned to U.S. District Judge Billy Roy Wilson and is being prosecuted by Assistant U.S. Attorney Erin O'Leary.

A federal grand jury in Little Rock has handed up an indictment charging a former Greene County sheriff's lieutenant with the theft of $30,400 in government funds.
https://www.arkansasonline.com/news/2019/nov/09/u-s-grand-jury-indicts-ex-deputy-in-the/
Tweet
How do you feel about this post?
Happy (0)
Love (0)
Surprised (0)
Sad (0)
Angry (0)
Tags:
deputy indicted theft of money
Arrest report: Metro detective helped lover avoid ...
Taking Firearms From Domestic Violence Suspects Is...
Comment for this post has been locked by admin.