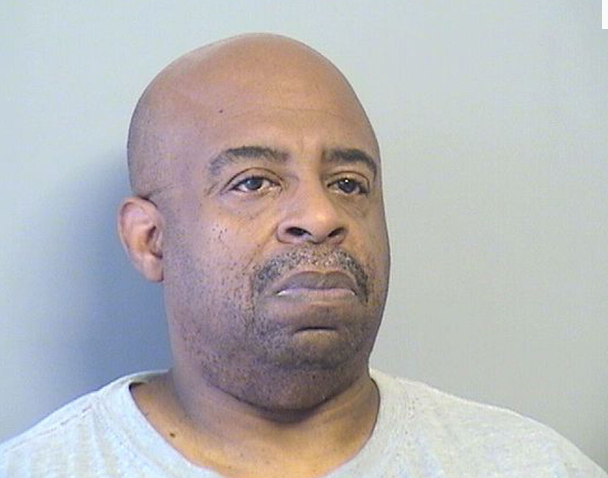 A jury recommended Thursday that a man spend the rest of his life in prison for the beating death of a woman inside her north Tulsa residence more than 23 years ago, which he was linked to in 2014 through upgraded DNA testing.

The jury deliberated about 4½ hours before finding Leroy Edward Gilbert Jr., 54, guilty of first-degree murder in the death of 32-year-old Erma Jean Goodou and recommended he receive a life without parole sentence. District Judge Kelly Greenough will sentence Gilbert on Nov. 7.

Goodou was found dead early July 30, 1994, after what authorities said was a break-in and attempted rape at her home in the 800 block of East 51st Place North. Her then-13-year-old daughter, Tosha Goodou, discovered her body in the kitchen after noticing the dining room window had been broken.

"It feels so much like justice has been served, and I have been waiting for this for a long, long time," Tosha Goodou said after the trial ended. "I am so happy. We feel vindicated. The truth finally came out as to who did it, and the jury saw that he was also guilty."

Gilbert, who said he and Erma Goodou went to high school together, lived within a mile of her residence at the time of the slaying but denied being there the night she died. Authorities apprehended him in Texas in May 2015 after a fresh DNA sample matched evidence collected from Goodou's body in 1994.

During closing arguments, Assistant District Attorney Kenneth Elmore said Goodou was "brutally murdered" in a "gruesome" way, suggesting her head had been repeatedly slammed against a hard surface. He asserted Gilbert broke into Goodou's house and threatened her with a knife to force compliance so he could rape her, then became enraged and killed her when she tried to escape.

Lora Howard, one of Gilbert's attorneys, emphasized throughout the trial the possibility that someone else was responsible based on unidentified fingerprints and DNA. Valerie Fuller, a defense DNA expert, testified Wednesday that the Tulsa Police Department — where she previously worked — used evidence from the scene to have another lab make DNA profiles of two unknown men in 2003.

However, Elmore said those didn't turn into sustainable leads on any suspect besides Gilbert. He also told Fuller that state DNA witnesses testified the sample obtained from Goodou's body was of such quality that it is statistically impossible to say it came from someone else or had been there for a long time before being recovered.

Fingerprint analyst Jason Reeves said Wednesday that several prints taken from the edges of the screen covering a window on the home came from Gilbert's right hand. However, he said he could not pinpoint when the prints were placed on each surface. Gilbert later testified in his own defense, saying his prints were there because he helped Goodou install it in the past.

He said he and Goodou were "friends with benefits" and that he had sex with her within two weeks before she was killed. He contended that explained why investigators recovered his DNA from Goodou's body, and he denied killing, raping or otherwise attacking her.

But Elmore said those closest to Goodou, including her daughter, never mentioned she had been in any sort of relationship with Gilbert. He also pointed out Gilbert denied even knowing Goodou when a detective interviewed him in Texas about the homicide.

The Texas Department of Public Safety obtained DNA from Gilbert after an unrelated arrest. The Oklahoma State Bureau of Investigation matched that DNA to the Goodou slaying in 2014.