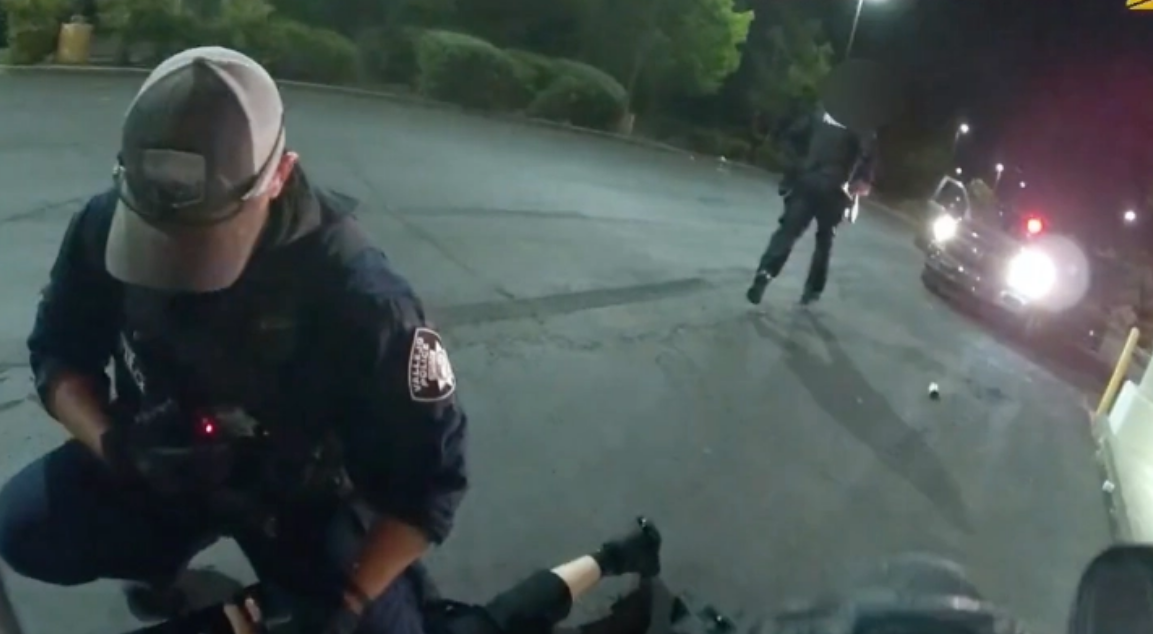 VALLEJO — The president of the Vallejo police union is one of two employees on suspension and under investigation for destruction of evidence in the police killing of Sean Monterrosa, multiple sources told this news organization.

Lt. Michael Nichelini, who oversees the patrol division, is on administrative leave related to the destruction of a windshield police shot through to kill Monterrosa on June 2, according to those sources. His exact role in discarding the bullet-ridden windshield is not known, and Nichelini did not return messages seeking comment.

Police Chief Shawny Williams has not publicly named the two employees put on leave, but the city contacted the FBI to investigate, as has House Speaker Nancy Pelosi.

Monterrosa was shot and killed by an officer that multiple law enforcement sources have identified as Jarrett Tonn, a Vallejo police detective who had fired his duty weapon at people on three prior occasions. Tonn fired five times through the windshield, apparently mistaking the handle of a hammer in Monterrosa's sweater for a gun.

John Burris, an Oakland-based civil rights attorney who is expected to next month sue the city on behalf of Monterrosa's family, called the windshield's destruction "a criminal offense" and said that Nichelini was thumbing his nose in the chief's authority.

"By destroying this evidence, (Nichelini) weakened the criminal investigation and the civil rights case, it's quite disturbing and a brazen lack of respect," Burris told this newspaper Friday. "It really speaks to the outlaw nature of many Vallejo police officers, who feel they're above the law, that they can destroy evidence and not be held accountable."

Nichelini is a 14-year veteran of the Vallejo police force, joining in 2006 after a decade with the Oakland Police Department, and comes from a law enforcement family. His father, Robert Nichelini, was a longtime Oakland cop, who moved to Vallejo Police in 1995 and became the city's police chief, retiring in 2012.

As police union president, Nichelini has fought to keep the shooting officer's name secret. Vallejo police did not identify the officer, but this news organization on June 5 identified him as Tonn, who had been involved in three other shootings since 2015.

According to Melissa Nold, a civil rights attorney and vocal critic of Vallejo police, Nichelini is also the subject of at least one other Internal Affairs investigation. Nold said she's been interviewed by IA investigators related to Nichelini filming her at a City Council meeting last September, which she filed a complaint against him for, alleging harassment. The Vallejo police union web page has also made several anonymous postings targeting Nold over the last year.

On June 15, the Vallejo Police Officers Association, led by Nichelini, filed a temporary restraining order in Solano County Superior Court to prevent the city and Chief Williams from naming the officer or others present when Monterrosa was killed.

Meanwhile, there is still no clarity as to which state prosecutorial agency — the Solano District Attorney or the California Attorney General — will handle the investigation into the Monterrosa shooting, as well as the shooting of Willie McCoy, a 20-year-old Suisun City resident shot and killed by six Vallejo officers in February 2019.

Both Solano DA Krishna Abrams and AG Xavier Becerra have resisted taking on the investigation; Abrams has made multiple public statements recusing herself, a move the Vallejo interim city attorney Randy Risner called illegal and a dereliction of duty. Becerra has consistently thrown the ball back in Abrams' court, though his office is looking into the windshield destruction.

Tonn was sitting in the back seat of an unmarked police truck when he and two other Vallejo detectives on June 2 drove into the parking lot of Walgreens on Redwood Street, on a report of people possibly looting. Police footage shows he shot from the back seat multiple times through the windshield, striking Monterrosa once in the neck or head.

The Vallejo police union in press releases has said Monterrosa appeared to be armed and was "crouching," which the officer perceived as him readying himself to shoot. Monterrosa, a college student from San Francisco's Mission District, was not armed with a gun. Rather, the officer mistook Monterrosa's hammer for the butt of a gun, Williams said.

In a graphic video of the shooting released by the city Friday evening, Monterrosa's fatal wound can be seen. He appears lifeless as officers cuff him, while Tonn runs back to the truck to retrieve a medical kit. The handle of a hammer can be seen sticking out of Monterrosa's zip-up hooded sweatshirt.

When Tonn realizes that the object is not a firearm, he can be heard yelling "stupid" and swearing. Later in the video he remarks that "this is not what I needed tonight" while a police captain consoles him, telling him, "you've been through this before."

Burris, who says he plans to file a civil rights lawsuit in the Monterrosa shooting next month, is also suing the city on behalf of McCoy's family. That lawsuit includes a plea for federal oversight of the Vallejo police department, something Burris says the Monterrosa lawsuit will include as well.

"(Nichelini) needs to be terminated…you're not going to make progress until people like him have been terminated," Burris said. "You've got to get rid of some of these people and then you can start having a discussion about reform."