Time to get serious about protecting evidence

The evidence room at the Braintree Police Departmentseems to have been about as well organized as a household junk drawer —an emblem of shoddy leadership by department command staff and, even
more, of the sorry state of the officer left in charge. 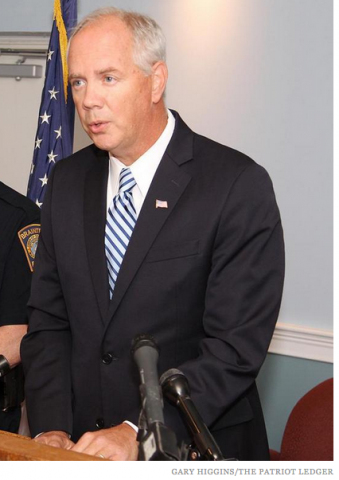 The evidence room at the Braintree Police Department seems to have been about as well organized as a household junk drawer — an emblem of shoddy leadership by department command staff and, even more, of the sorry state of the officer left in charge.

It would be comforting to think that the resulting debacle is a local story — one troubled officer in one small town. But there is no comfort here. We have read this before and will again, unless we get serious about this obscure corner of the law enforcement puzzle.

In Braintree, while Officer Susan Zopatti was in charge of the evidence room, hundreds of thousands of dollars, thousands of pieces of drug evidence, and other seized items, including guns, went missing. An audit found that bags containing drugs were torn open, their contents taken; bags of cash were sliced open at the bottom, the money gone. Two missing guns were found in the officer's own home.

Zopatti, a veteran officer, killed herself in May. Some of her colleagues said she was troubled, overwhelmed with caring for her dying mother, and possibly hiding a substance abuse problem. Her husband told the Globe last week those allegations are "lies."

The mess will affect hundreds of lives and end up wasting millions of dollars. Norfolk County District Attorney Michael Morrissey has already dropped dozens of charges affected by the breach. He figures between 200 and 400 more cases must be reassessed. Some of those convicted of drug crimes will be freed, and sentences will be cut. People on probation will suddenly be out in the world, untethered — a prospect that will delight some of them and terrify others who desperately need the safety net that court supervision provides.

"A lot of police officers have put themselves in harm's way to get these prosecutions, and . . . a lot of [defendants] now find themselves . . . hanging in the balance," Morrissey said. "It's unfortunate on every front."

How did we get here, yet again? This is the third staggering evidence scandal of the last few years. Troubled crime lab chemist Annie Dookhan compromised tens of thousands of cases after she admitted to falsifying drug tests. Another crime lab chemist, Sonja Farak , consumed drug samples and evidence, and worked under the influence, compromising as many as 18,000 prosecutions.

How is it that somebody entrusted with responsibility this massive crumbles in plain view of colleagues and supervisors, yet nobody seems to see it? Or, in Zopatti's case, how is it that people could claim to have seen it but nobody removed her from her crucial post? Former Braintree colleagues told the Globe that they had raised the alarm, warning supervisors that she wasn't doing her job and seemed to be out of it at times.

But Chief Russell W. Jenkins left her in her job, saying he didn't know how bad things had gotten, and was trying to show Zopatti compassion at a difficult time in her life.

Compassion is a wonderful thing, but this wasn't the front desk Zopatti was working: It was arguably the most crucial part of the department, central to fairly investigating and prosecuting crime. An evidence room — like a drug-testing lab — seems like a pretty uninteresting part of the justice system, until something goes wrong and thousands of lives are affected.

Jenkins will now leave the department. "I'm paying for it with my own retirement," he said. The taxpayers and many others are also picking up the tab. DA Morrissey is offering other police departments in his county grants to conduct their own audits and to get training on the best ways to keep evidence intact.

That's about all he can do. There is, incredibly, no state law compelling local police departments to meet rigorous standards for preserving evidence. Rather, they are left to set their own priorities. And we're left to hope they're the right ones.

After Dookhan, Farak, and now poor Susan Zopatti, can't we do better than that?

Globe columnist Yvonne Abraham can be reached at .

Time to get serious about protecting evidence - The Boston Globe

The evidence room at the Braintree Police Department seems to have been about as well organized as a household junk drawer — an emblem of shoddy leadership by department command staff and, even more, of the sorry state of the officer left in charge. It would be comforting to think that the resulting debacle is a local story — one troubled officer in one small town.
https://www.bostonglobe.com/metro/2016/09/28/time-get-serious-about-protecting-evidence/z3vuaMuRkNfVFhhU3SkbQL/story.html
Tweet
How do you feel about this post?
Happy (0)
Love (0)
Surprised (0)
Sad (0)
Angry (0)
Tags:
East Coast evidence room money missing guns missing
Florida man arrested when officer mistakes Krispy ...
Sheriff denies he misled anyone about destroyed ev...