Authorities launched a criminal investigation into money that went
missing from police headquarters after discovering empty police envelopes inside the former evidence room supervisor's vehicle, according to the town's lawyer. 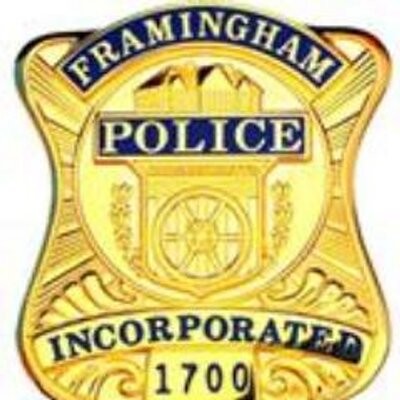 FRAMINGHAM — Authorities launched a criminal investigation into money that went missing from police headquarters after discovering empty police envelopes inside the former evidence room supervisor's vehicle, according to the town's lawyer.

Town Counsel Christopher Petrini last week released new details on behalf of the Framingham Police Department about the ongoing criminal probe, which centers around cash that disappeared from the department's evidence room.

The new disclosures came after Framingham police were faulted earlier this month by an official in the Secretary of State William Galvin's Office for failing to properly respond to a request for records connected to the case.

Framingham police immediately placed Officer Alan Dubeshter, the former evidence room supervisor, on administrative leave after learning on or about Sept. 15 that envelopes from the police department had turned up in Dubeshter's personal vehicle, according to Petrini.

The department also notified Middlesex District Attorney Marian Ryan's office of the circumstances, which Petrini described as a "discrepancy." Ryan's office has since handed off the matter to Attorney General Maura Healey.

"The FPD has cooperated with (Healey's office) throughout the conduct of this investigation, including further audits and reviews of the evidence room as part of that investigation," Petrini wrote. "The Attorney General's Office has requested that the FPD not release this information or other information pertaining to the discrepancy at this stage of the investigation.

"Dubeshter, a 30-year veteran of the police department, was previously in charge of receiving, cataloging and maintaining evidence in criminal cases, as well as delivering evidence to various state labs for testing and destroying evidence from closed cases, according to town records.

He earned $137,165 last year, including a little more than $29,000 worth of detail pay, according to salary records provided by the town.Dubeshter resigned April 30 after being placed on paid administrative leave seven months earlier.

Authorities have not identified him as a suspect in the case. Dubeshter could not be reached for comment Monday. Framingham police have been reluctant to divulge details of the case since it came to light last year, including how much money is missing, or when the investigation might be completed.

The department initially denied a pair of public records requests from the Daily News seeking any audits of the evidence room conducted since last year, as well as the findings of any internal investigations into the missing money.

The newspaper appealed the decision to Supervisor of Records Shawn A. Williams, who oversees compliance with the state public records law. In a June 3 decision, Williams found that Framingham police failed to explain what records the department actually has in its custody, and how the legal exemption it cited allows police to withhold those records in their entirety.