Canadian cops lose $25,000 worth of cocaine during a drug trial, pretty sure they “destroyed” it, so all good right?

The judge said that the police losing nine ounces of the illicit substance was "troublesome indeed."Yeah. 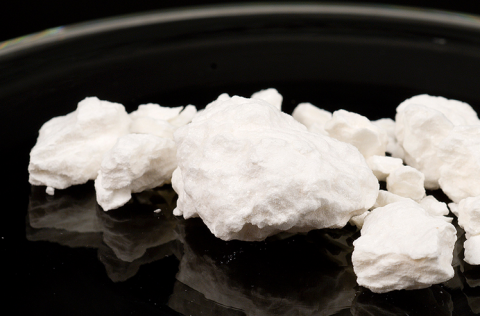 A $25,000 booty of seized cocaine has mysteriously disappeared from the locked vault of a Canadian police station. Although, the stash was the key evidence during a drug trial held earlier this month, the cops say they were pretty sure it was "destroyed". So all good, right?

The Windsor Police Service discovered the missing evidence during a drug trial held at the Superior Court earlier this month, according Canada's the Windsor Star.

Despite the absence of nine ounces of cocaine they seized as evidence, the judge in the case still found the accused, 30-year-old Miles Patrick Meraw, guilty of possession of cocaine for the purposes of trafficking.

Meraw was arrested in August 2013 and it was learned during Meraw's preliminary hearing in 2014 that police couldn't find the coke.

The judge said that the police losing nine ounces of the illicit substance was "troublesome indeed."

Windsor Police Chief Al Frederick assured the Windsor Star that there was no funny business, saying it is likely that the coke was accidentally destroyed.

He says police discovered the coke had gone missing during an audit of the drug vault on October 30, 2013.

"September 11 was a scheduled purge," Frederick told the Windsor Star. He said that when a trial concludes, the drugs are no longer needed and are then destroyed.

"I have full confidence that this was inadvertently destroyed," Frederick said. "I trust my officers."

Canadian cops lose 25 grand worth of cocaine, pretty sure they "destroyed" it

Canadian cops lose $25,000 worth of cocaine during a drug trial, pretty sure they "destroyed" it so all good right?
http://hhhhappy.com/canadian-cops-lose-25000-worth-of-cocaine-pretty-sure-they-destroyed-it-so-all-good/
Tweet
How do you feel about this post?
Happy (0)
Love (0)
Surprised (0)
Sad (0)
Angry (0)
Tags:
assault  kits Chain of Custody missing drugs Big Three: altered evidence
DNA from 36-year-old gum leads to cold case mansla...
77 cases dismissed due to missing evidence at Ingh...