"His initials, his name, is on almost every piece of evidence that came into our laboratory," she said 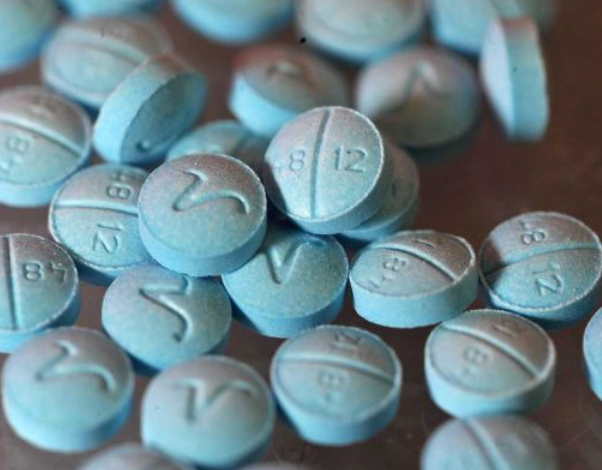 An evidence technician at the Montana State Crime Lab who stole opioids that were being stored as evidence in criminal cases, forcing prosecutors to drop charges against 69 defendants across the state, was given a suspended sentence with community service for his crimes.

As part of the 10-year, fully suspended sentence, Missoula District Court Judge Leslie Halligan told Steven Conrad Brester that he must complete 690 hours of community service, 10 for each of the defendants whose cases were dismissed because evidence against them was tainted by Brester's actions.

Under a plea agreement reached in June, Brester admitted to felonies for tampering with public records and drug possession; another charge of evidence tampering was dismissed. Before joining the crime lab, Brester spent nearly 20 years as a Missoula police officer.

Prosecutors sought a 15-year Department of Corrections sentence, with 10 of those years suspended. Brester's attorney, Mat Stevenson, asked for his client to get a deferred sentence, which if imposed could have eventually been cleared from his record.

At Wednesday's sentencing hearing, crime lab evidence supervisor Emily Wemlinger said after an investigation into Brester's theft of pills, the Montana Attorney General's Office issued a recommendation to prosecutors across the state to dismiss cases that were tainted. She said another 3,000 cases are still being reviewed.

Because he was an evidence technician, Wemlinger said more than just drug cases were affected by Brester's crimes.

"His initials, his name, is on almost every piece of evidence that came into our laboratory," she said.

She said she continues to receive phone calls questioning pieces of evidence that passed through Brester's hands, and has had to testify in a pair of sexual assault cases about why DNA evidence he handled should still be considered valid.

Chief Deputy Missoula County Attorney Jason Marks told Halligan what Brester did was not the same as "a nurse pilfering some pills from the hospital."

"This is about the damage he did to criminal cases around the state," he said.

Halligan choked up when she imposed the sentence on Brester, saying there is an "unfortunate reality" that members of law enforcement are viewed as needing to have a greater degree of responsibility for their actions. She said although Brester has no criminal history, she would not give him a deferred sentence.

The crime lab originally sought more than $18,000 in restitution to pay for employees' time investigating Brester's drug thefts. Stevenson argued that no employees had been paid overtime, and that the employees would have received the payment either way, so there was no direct loss that needed to be paid back. Marks eventually withdrew the restitution claim, saying he agreed with Stevenson's interpretation of the law.

Brester's wife asked Halligan on Wednesday to give her husband another chance. Before his job at the crime lab, which he was fired from in June 2015 after an investigation into his pill theft, Brester was an officer with the Missoula Police Department for nearly 20 years. He was injured on the job when his patrol car was rear ended. His wife said after that injury, Brester became addicted to pain medication.

After news reports about his charges came out, she said Brester tried to kill himself.

Brester told the judge that he should never have taken the crime lab job.

"By the time I started work at the crime lab I was in full blown addiction," he said. "My addiction took over and stomped on every moral, ethical or legal thoughts."

Stevenson, his attorney, said Brester has maintained sobriety since his charges, and voluntarily sought out treatment.

According to court documents in the case, supervisors at the crime lab, which is located in Missoula, told investigators in June 2015 that they believed Brester had been stealing drugs. Brester had reported months earlier that he had lost an oxycodone pill while processing evidence, but a search never found the drug.

After that incident, a supervisor did an audit of the evidence in the crime lab and found two pieces of evidence where hydrocodone pills were missing.

In May 2015, law enforcement agencies around the state began reporting that evidence returned from the lab was missing items, including opioids. An investigation found 18 instances in which Brester created a shipping receipt that didn't have the evidence, then made another showing the items had been sent back to the law enforcement agencies.

The inspection of the evidence vault found that multiple packages of evidence containing opioids had been cut into, and instances where non-opioid pills were substituted in the place of other drugs.