In police dept scandals’ wake, an effort to clean up evidence rooms 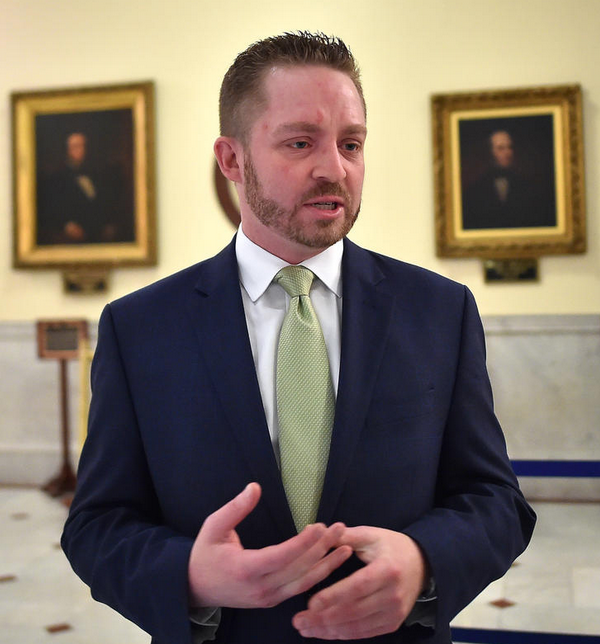 A bill up for debate today aims to clean up the state's scandal-plagued evidence rooms by ordering police departments file twice-a-year spot audits with the state, with a full accounting of all evidence every five years.

The measure before the Joint Committee on the Judiciary was filed by state Rep. Mark J. Cusack of Braintree, where in 2016 investigators discovered $400,000 missing from the police department's evidence lock-up as well as drugs and some 60 firearms.

The scandal put hundreds of criminal cases at risk, and the veteran officer responsible for the room took her own life.

"I discovered there's no statewide minimum standards around handling of evidence or auditing or doing inventory checks. It's up to each department's internal policies," Cusack told the Herald.

His bill requires departments big or small to audit a random 10 percent of its evidence stores — or at least 10 items for smaller departments — twice a year and file those audits with the state Executive Office of Public Safety and Security "to make sure every department is compliant."

Departments every five years would be required to undertake a full inventory of their evidence rooms.

The move has the backing of the Massachusetts Chiefs of Police Association, according to its policy director, Chelsea police Chief Brian Kyes.

"In terms of furthering interests of transparency and accountability, we think it is a really good idea," Kyes said. "We are not looking for a weekly or monthly audit — it's annual in nature. We think it's more than reasonable."

In Chelsea, the measure would require someone in the department who isn't involved with the evidence room do random checks in its three evidence rooms that separately hold drugs, firearms and general evidence.

Cusack's bill also required police departments to deposit into an interest-bearing account all cash that isn't being used as material evidence in a case. It also asks for a study to look into whether more incinerators could be used to destroy drug evidence after trials. Currently some departments have to drive up to two hours to an approved incinerator to get the drugs out of their evidence rooms.