William Earl Talbott II, 55, of SeaTac, was arrested as he was leaving his Seattle workplace. According to investigators, he is suspected of raping and killing a 19-year-old British Columbia woman in 1987, 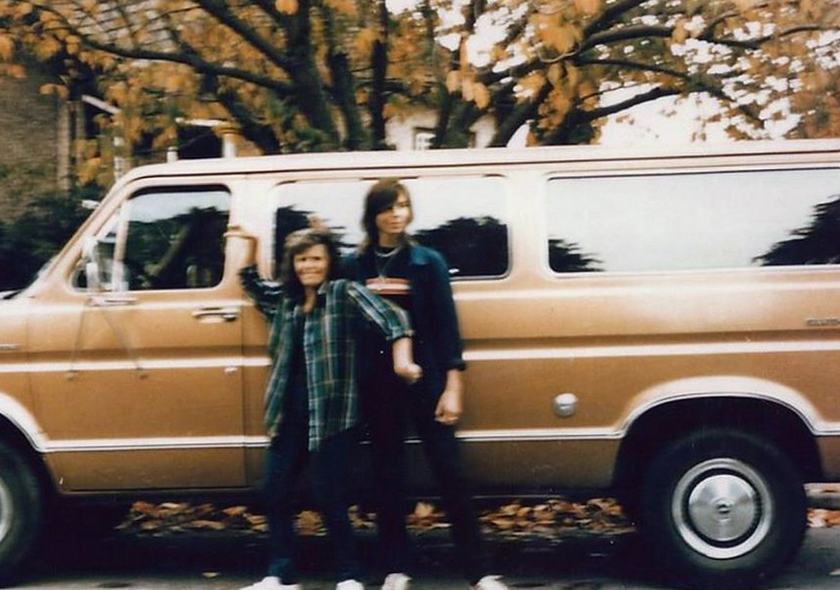 More than 30 years after a young Canadian woman was raped and shot in the back of the head, a 55-year-old SeaTac man was arrested Thursday in connection with her death after DNA found at the crime scene was used to map the suspect's family tree, according to the Snohomish County Sheriff's Office.

In a Friday news conference, William Earl Talbott II was identified as the man believed responsible for the November 1987 slaying of Tanya Van Cuylenborg, 18, though detectives said they also are trying to connect him to the killing of Van Cuylenborg's boyfriend, 20-year-old Jay Cook.

"Yesterday, the killer had his last sleep in his own bed, his last coffee break, his last day of freedom," said Cook's sister, Laura Baanstra. "It's hard to put into words the relief, joy, and great sorrow this arrest brings."

Talbott, who lived with his parents in Woodinville at the time of the double homicide, was arrested leaving his Seattle workplace, said Snohomish County Sheriff's Detective Jim Scharf, who has spent the last 13 years working the cold case. On Friday, Talbott was transferred to Skagit County, where Van Cuylenborg's body was found, and charged with first-degree murder.

"He was never on any list law enforcement had, there was never a tip providing his name," Scharf said of Talbott. "If it hadn't been for genetic genealogy, we wouldn't be standing here today."

Talbott was identified through genetic genealogy, the same technique that led to the arrest last month of Joseph James DeAngelo, the alleged serial rapist and killer known as the Golden State Killer in California.

After DeAngelo's arrest, some scientists and ethicists expressed concerns about law enforcement identifying suspects through the DNA of relatives, who used sites such as Ancestry.com or 23andMe to generate their own DNA profiles and then uploaded them to GEDmatch, a public genetic-genealogy website, The New York Times reported.

In April, investigators from Snohomish and Skagit counties announced they had sent DNA from Van Cuylenborg's killer to Parabon NanoLabs, which provided scientific approximations of what the killer might look like based on traits embedded in his genetic code.

From there, a digital file containing DNA genotype data derived from the crime scene was uploaded to GEDmatch, and promising matches were found for two of Talbott's relatives, according to the Sheriff's Office.

Parabon's CEO, Steve Armentrout, said Friday his lab began offering genetic genealogy two weeks ago. He said the privacy concerns that have been raised are based on misconceptions and noted Talbott's DNA profile was never made public on GEDmatch, never appeared in any queries, and complied with the site's use guidelines.

"The site only makes it possible to compare DNA between two people and assess the degree of their genetic relationship," he said.

Using the suspect DNA, genealogist CeCe Moore identified second cousins in the GEDmatch databank and from there, developed two family trees, one going back to the suspect's paternal grandmother and the other to his maternal great-grandparents, according to the Sheriff's Office.

The two family trees converged in a marriage, and Talbott – who was 24 when Cook and Van Cuylenborg were killed – is the only male carrier for the mix of DNA from the two families, according to Moore.

After Moore deduced Talbott's identity through what she called "descendency research or reverse genealogy," police collected DNA from a cup he had used.

Detectives had Talbott under surveillance May 8 as he drove around in his work truck, charging papers say. At one point, he leaned out of his vehicle to check on something and apparently didn't notice that a paper cup fell onto the road at West Marginal Way at South Spokane Street in Seattle, the charges say.

The State Patrol crime lab confirmed that Talbott's DNA found on the cup matched the DNA profile from the crime scene, according to the charges.

Detectives now are starting their work to tie Talbott's movements to the facts of the case and want to speak to anyone who knew Talbott or has photos of him from the time of the killings. The sheriff's tip line is 425-388-3845.

Scharf said Talbott has driven trucks at various jobs for the past 20 years. His mother is deceased but investigators have spoken with his father.

Sonya Vasilieff said Friday she has lived across the street from Talbott for years, but he was such a recluse that did not know what he looks like.

"He lived at the house at the end of the alley and he kept very much to himself," she said. "I don't even think his family had much to do with him."

Vasilieff said she knew some of the Talbott family history on the block. She said his home was one of four once owned by Talbott's mother, who willed one apiece to each of her four children. She said only two of the siblings – Talbott and a sister who recently died – lived in their houses.

She knew something big was going on. Police had been staking out the Talbott residence, using her driveway, for at least a week, she said.

"They made up a story about stolen vehicles, but it seemed too big for that," she said of the number of vehicles involved in the surveillance.

On Friday, residents blocked access to houses in a wooded area in north SeaTac and yelled at reporters who arrived in the neighborhood. The said they knew nothing about Talbott and only learned details of the cold-case double homicide by watching TV.

According to Scharf and news reports, Cook and Van Cuylenborg set out for Seattle on Nov. 18, 1987, taking the 4 p.m. ferry from Victoria to Port Angeles and buying a ferry ticket from Bremerton to Seattle.

Police later learned they had stopped outside Port Angeles to ask directions to Bremerton, but perhaps got lost, because they drove south on Highway 101 through Mason County instead of across the Hood Canal Bridge to Kitsap County.

The couple bought gas in Allyn, Mason County, nearly 20 miles south of Bremerton, and were remembered by the store owners, who spoke with the couple and told investigators neither showed signs of stress, The Seattle Times reported at the time.

The couple, running an overnight errand for Cook's father, never appeared at the Seattle furnace-supply store to place their order the morning of Nov. 19, 1987, and didn't arrive home that night. The next day, they were reported missing to police in Saanich, B.C., a Victoria suburb and the couple's hometown.

Van Cuylenborg's partially clothed body was found Nov. 24 in a ditch in Alger, Skagit County. Police said her hands were bound behind her with a plastic zip tie. She had been raped and shot in the head.

The next day, police found the couple's bronze 1977 Ford van in a parking lot in downtown Bellingham. They found the ticket for the Bremerton-to-Seattle ferry inside, along with Cook's ID and plastic ties like the one used to bind Van Cuylenborg's hands.

Her wallet, keys to the van, a pair of surgical gloves and a partial box of .380-caliber ammunition were found under the back porch of a Bellingham tavern.

Two hunters found Cook's body under a bridge south of Monroe on Nov. 26, 1987. According to the charges filed in Van Cuylenborg's death, Cook's body was covered in a blue blanket that didn't belong to him or his girlfriend.

Cook was strangled with a choke-type dog collar around his neck, had a pack of cigarettes stuffed in his mouth and suffered blunt-force injuries to his head, say charging papers.

"One would only have to take two roads and two turns to get there from this residence," say the charges. "… Given the rural location, detectives believed that the suspect had to know the area. Talbott growing up in the area would certainly be consistent with this theory."

Correction: A photo that ran with an earlier version of this story incorrectly identified the house of William Earl Talbott II. The photo has been removed.