The Sexual Assault Kit Initiative Summit of Cities Conference was held in Portland for the first time, in October. 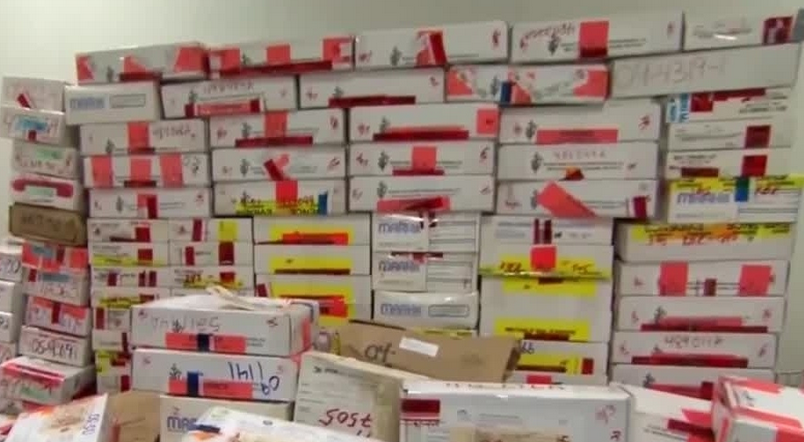 The Sexual Assault Kit Initiative Summit of Cities Conference was held in Portland for the first time, in October.

A national conference put on for investigators, prosecutors, nurses and advocates to provide insight into the issues surrounding untested kits.

"Being a spotlight city for the event, that's huge," said survivor Danielle Tudor. "Many people probably don't realize we are over halfway through the whole state in the backlog. Our law enforcement and DA's are committed to getting through the rest of it."

Tudor was raped by a stranger who broke into her childhood home back in 1979. Her suspected attacker was identified as the so-called jogger rapist Richard Gilmore.

Gilmore is serving time in connection with a different attack, to this day Tudor is not sure if her rape kit was ever tested.

She's one of many who fought to end the backlog of untested rape kits in Oregon with Melissa's Law and continues to lead the charge on making it a priority.

"It is a very great feeling to be able to feel good, and do something positive with something meant for evil in your life," she added.

Portland's progress has largely been funded by a federal grant which covered the bureau's costs of testing a rape kit back log that dated back to the 80's. That grant also gave the PPB funding to develop a data base to track those kits.

It's a system officers refer to as SAMS, or the Sexual Assault Management System.

The public does not have access to this data base, it's strictly an investigative tool, but Program Coordinator Susan Lehman agreed to show FOX 12 how SAMS works.

Before SAMS, Lehman said she was personally tracking the city's rape kits on an excel spread sheet. This data base is a game changer.

"SAMS takes data from a collection of sources," said Lehman. "We take all sources and dump them into one data base, which allows us to sort data and look at crimes in a more holistic approach."

SAMS was developed from the ground up, within the Portland Police Bureau.

"It was initially built just for rape kit tracking, but we immediately recognized it was a great tool to use for tracking all sex crimes," said PPB IT Manager Ed Arib.

Investigators can now connect cases from across the metro area in a variety of ways, including detailed information a survivor may share. Things like an attacker's dominant hand, scent, approach, or any fetishes that attacker may have.

That information will be stored in the data base for 60 years, according to the PPB.

The newest feature within the data base the bureau is now developing is a way to incorporate electronic bar code rape kit tracking. When up and running, victims and investigators would get text and email notifications about a kit's progress within the system.

"Things won't be able to fall through the crack this way," said Lehman.

The PPB demoed SAMS at the conference with the hope of sharing this technology with other law enforcement agencies around the state and across the country.

Some have already started using it.

"I'm hoping in the future what we've created will help a lot of victims," said Arib.

Hope that's also shared by Tudor, who is proud of Oregon's growth, but believes there's still more work to be done.

"What we're looking at legislatively in the next session coming up is to legislatively mandate SAMS so that every jurisdiction in the state uses it," said Tudor. "That way we're in a statewide system so there's uniform accountability moving forward."