The report found that the theft of $137,609 in cash and 1,096 pills went undetected because the department didn't establish proper security protocols and then didn't ensure compliance of the protocols that were established. 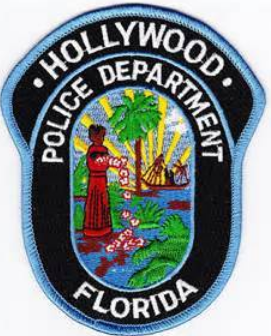 HOLLYWOOD, FLA. (WSVN) - The Broward Office of the Inspector General issued a report, Tuesday, describing mismanagement within the Hollywood Police Department that led to the theft of money and pills from the department's evidence room.

The report found that the theft of $137,609 in cash and 1,096 pills went undetected because the department didn't establish proper security protocols and then didn't ensure compliance of the protocols that were established.

Broward Inspector General John Scott said, "We investigated allegations that the Hollywood Police Department's property and evidence room was grossly mismanaged. We found that it was."

Anything collected by police during an arrest or trial goes to an evidence room such as the one at HPD.

In 2004, while preparing for accreditation, the department's officer in charge of the evidence room arranged for a mock inspection, the report said. According to the report, "The mock inspection could not have gone any worse."

The property and evidence unit was "an absolute mess," according to the report.

The department hired a consultant in 2006 to put in new security and organizational methods. However, Scott said, they didn't follow those new procedures.

In 2012, then new Police Chief Frank Fernandez found the unit, "in shambles [with] mountains of evidence piled to the ceiling," the report said.

But the problem isn't as simple as mere sloppiness, according to Jeff Marano from the Police Benevolent Association.

In a statement, Miranda Grossman from HPD said, "The Hollywood Police Department has already taken numerous measures to safeguard its property and evidence unit, continuing to identify additional ways to improve policies and procedures."

Those procedures include more frequent audits, the use of security cameras and key cards, and the cleaning out of old things that aren't of use, according to the department.

The report also said some clerks were assigned to the job of handling the room as a form of punishment. That is no longer happening, the department said.

The State Attorney's office investigated the missing money and pills and focused on one particular office, but they said they do not have the evidence or any reason to charge the officer.