Assembly Bill 41, which seeks to determine exactly how much of the nation's notorious rape-kit backlog is centered in California, 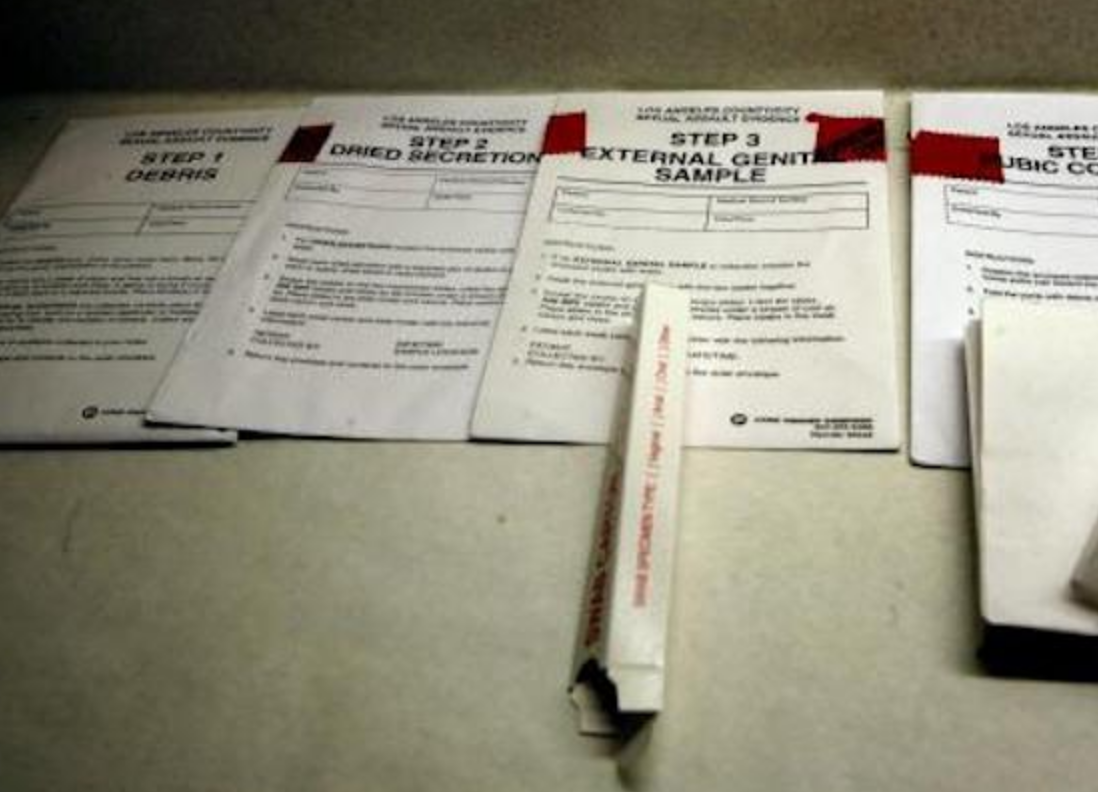 A bill to end the backlog of untested rape kits in California, introduced in March by San Francisco Assemblyman David Chiu, is heading to the state Senate. Assembly Bill 41, which seeks to determine exactly how much of the nation's notorious rape-kit backlog is centered in California, passed an Assembly vote with bipartisan support in April, but may face challenges when it is voted on by the state Senate in June.

Assembly Bill 41 would require law enforcement agencies to report to the state the number of sexual assault kits they collect and examine—or, crucially, do not examine. The bill would also require officers to provide a reason as to why evidence was not tested, helping to lessen the number of untested rape kits in California, which the sexual assault advocacy nonprofit End the Backlog estimates could be as many as 8,998.

"The passage of Assembly Bill 41 could help solve past crimes while preventing future ones," Assemblyman Chiu told LAist, noting that his similar 2016 bill to estimate the size of the rape-kit backlog in California did not make it through a fiscal committee, and encouraging constituents to reach out to their state senators in support of the bill. Chiu cited the physically invasive and often traumatic nature of sexual assault evidence collection as a major reason to support the bill; the Rape Abuse and Incest National Network (RAINN) notes that the rape-kit process can take hours and involves head-to-toe examination, blood samples, swabs and photography of any injuries.

Critics of Assembly Bill 41 include the California State Sheriffs' Association, who suggest that the financial burden of rape kit testing—which the National Center for Victims of Crime estimates can cost between $500 and $1,200 to test—would constitute an unfunded mandate for law enforcement agencies.

California has been a leader in past sexual assault legislation, passing the nation's first "yes means yes" law in 2014 to make affirmative consent—i.e. consent that is explicit, informed and voluntary—a main tenet of school sexual misconduct policies. Nevertheless, the text of Assembly Bill 41 demonstrates that California still has a ways to go in achieving justice for victims of sexual assault, pointing out that as there is still no mandatory statewide tracking system to ensure that rape kits are tested promptly, it's up to the California State Legislature to bridge the gap.