"The decision to not charge the officer is similar to when we don't charge individuals when we respond to drug overdoses." 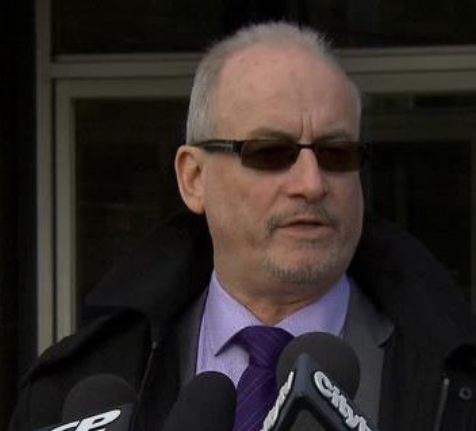 A Toronto detective stole opioids from evidence lockers to feed an addiction to prescription painkillers, the police force said Wednesday, noting the situation could affect some criminal prosecutions.

The admission from now-retired Det. Paul Worden has prompted an external review, the force said, but the former officer will not be facing criminal charges.

"The service recognizes that drug addiction is a mental health issue," spokeswoman Meaghan Gray said in a statement.

"The decision to not charge the officer is similar to when we don't charge individuals when we respond to drug overdoses."

Gray added that the former homicide detective had ongoing pain, as well as an on-duty injury.

"Without the officer's disclosure and co-operation, the available evidence was not sufficient to sustain a criminal charge," she said.

The force did not specify when Worden took opioids from the force's lockers.

It said its property and evidence unit was alerted to a suspicious locker entry by an individual, prompting an internal probe.

Worden was interviewed as part of that investigation and disclosed that he had taken opioids from the lockers for personal use, Gray said.

The force has since asked Ontario Provincial Police to review the situation to determine whether criminal cases have been affected.

That review will include an examination of cases Worden worked on as a homicide detective, Gray said.

"The purpose of the independent review is to provide all prosecutors with the information needed to assure that the administration of justice has not been impeded or negatively impacted by the conduct of the officer," she said.

Lawyer Peter Brauti, who represents Worden, said his client has received "incredible" public support after disclosing what he had done.

"(We) hope this will assist others who have addiction issues in coming forward," he said.

One Toronto lawyer said, however, that Worden's case demonstrated a "double standard."

"Ordinarily, this is not the case for people who are not police officers," said Annamaria Enenajor. "(Civilians) would be charged."

Gray said the former officer is being treated appropriately.

"Officers cannot be treated in the exact same way as a non-police officer in respect of certain matters," she said.

Worden retired after the situation came to light and has secured professional help, the police force said.