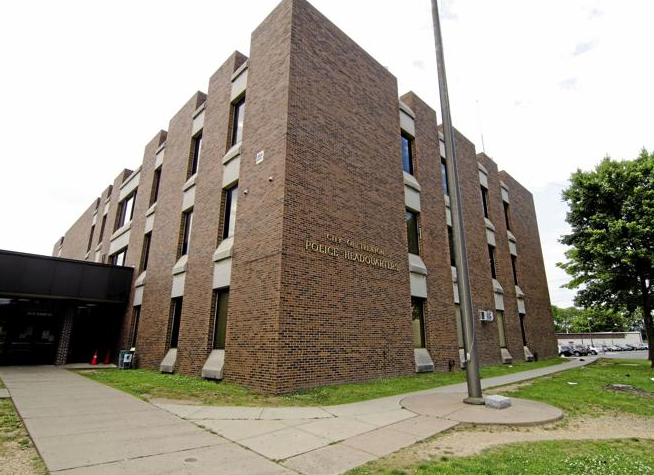 TRENTON — Hector Gonzalez's sticky hands have landed him in the unemployment line, but he managed to avoid jail and a felony record as part of a sweetheart deal with prosecutors.

The Trenton cop quietly charged with stealing from the police evidence room agreed to give up his job as part of a deal he reached with the Mercer County Prosecutor's Office.

Gonzalez, who joined the police force in 2001, was accepted into pretrial intervention last month after he pleaded not guilty to an accusation that he pilfered items from the police evidence room last year.

The Trentonian broke the story Dec. 5 that Gonzalez was suspended while being investigated by internal affairs over allegations that he stole from the evidence room, a secure facility at TPD headquarters under constant surveillance because of the sensitive items stored there for criminal cases.

The prosecutor's office never publicized the decision to charge Gonzalez, but confirmed it when The Trentonian inquired about the case Tuesday.

Gonzalez was allowed into PTI on March 19 after he pleaded not guilty to an accusation of third-degree theft by unlawful taking.

MCPO spokeswoman Casey DeBlasio said the now-former TPD cop wasn't required to admit wrongdoing to get the benefit of the diversionary program.

He will have an unblemished criminal record as long as he successfully completes the three-year program.

He was also required to give up his $105K-a-year job on the force and cannot hold another position in law enforcement, and he must complete 40 hours of community service and comply with outpatient alcohol counseling, DeBlasio said.

It was never publicly disclosed what Gonzalez allegedly stole, but one source who spoke on condition of anonymity claimed jewelry was missing from the evidence room.

TRENTON — Hector Gonzalez’s sticky hands have landed him in the unemployment line, but he managed to avoid jail and a felony record as part of a sweetheart deal with
https://www.trentonian.com/news/trenton-cop-who-allegedly-stole-from-evidence-room-gets-pti/article_17a780c8-5b25-11e9-9532-2784add2fbc3.html
Tweet
How do you feel about this post?
Happy (0)
Love (0)
Surprised (0)
Sad (0)
Angry (0)
Tags:
stealing from evidence room evidence room East Coast
Indictment: Warner Robins officer stole pills from...
Queens man, 80, is arrested over cold-case killing...